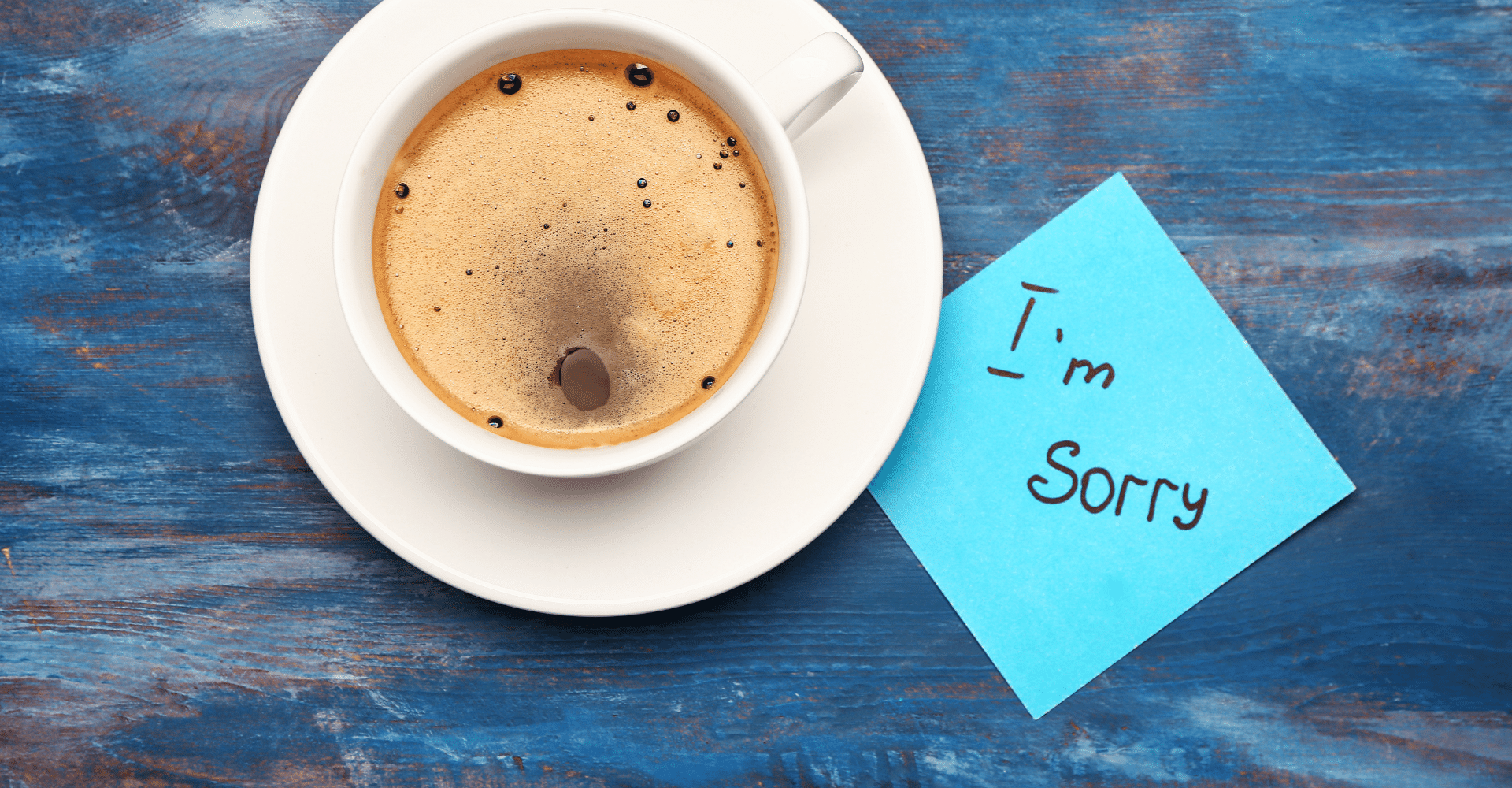 Forgiveness is an Art. These 5 Apology Languages Will Help You Give—and Receive—a Good Apology

By Meghan Rabbitt April 23, 2022
Voices Above the Noise

Jennifer Thomas, PhD, was married for a decade when she and her husband had a fight that wasn’t resolved quickly or easily. She’d made a mistake and apologized—and while her husband accepted her apology, some bad feelings lingered.

When she asked him what was wrong, he replied, “Well, I wish you’d apologized.” That left Thomas, a clinical psychologist, frustrated that her husband hadn’t seemed to hear her “I’m sorry”—and curious about what he was wanting to hear instead.

“What I found out is that he was waiting for me to say, ‘I was wrong,’” says Dr. Thomas. “Once I said those magic words, my husband was able to let it go. And I thought, I’ve got to remember this. My husband didn’t come with an instruction manual, but if he did, this would’ve been in it!”

It was an ah-ha moment for Dr. Thomas. She’d been using the principles of The 5 Love Languages in her work to help her clients realize there’s not just one way in which people feel loved and appreciated. And this interaction with her husband gave birth to a parallel idea about the language of apology.

When Dr. Thomas brought up the idea with Gary Chapman, PhD, author of the mega-best seller The 5 Love Languages, it resonated. Soon after, they partnered to write The 5 Apology Languages. Dr. Chapman says both books are the two essentials for healthy relationships.

To celebrate the recent re-release of The 5 Apology Languages, we sat down with Dr. Thomas to ask her about what it takes to give (and receive!) a good apology, why learning your apology language can help you heal old wounds, and more.

Apologizing can be tricky business. Accepting an apology can be pretty tough, too. Why is this?

Offenses are inevitable. Whether it’s at home, in the workplace, or with friends, we mess up. The first obstacle is to realize when we mess up and that we owe someone an apology. It’s a terrible thing to be on the non-receiving end of an apology you really want, because you’re waiting for someone to make things right. And when that doesn’t happen, the offense creates a barrier.

Then, when people do apologize, they often will mess it up. They’ll say a good apology, and then add the word “but,” which essentially turns it into a non-apology! Adding that word “but” erases what you just said, and tells the person that what you really think is about to come out. In my TEDx talk, I go through many of the common mistakes people make when they’re trying to give a good apology.

When we talk about apology, sincerity is the holy grail. I want to know: Are you really sorry? Or are you apologizing to just get out of the doghouse? The five apology languages help people who are giving sincere apologies make sure their apologies work.

What are the 5 apology languages?

2. Accepting responsibility: “I was wrong.”

3. Making restitution: “How can I make it right?”

4. Expressing the desire to change: “I’ll take steps to prevent a reoccurrence.”

5. Requesting forgiveness: “Can you find it in your heart to…?”

(Not sure what your apology language is? Take this quiz.)

Gary and I joke that we weren’t looking for five languages! It just so happened that after we surveyed people to come up with this framework, what people want in an apology fell into five buckets.

I think of them as past, present, and future.

The first and second languages—"I’m sorry” and “I was wrong”—both look back at the offense. The third apology language is about making amends in the present: “What can I do now to make this right?” The fourth is about preventing a recurrence in the future. (“Going forward, how can I avoid making this mistake again?”) And the final apology language is also future-looking in that it’s a request for forgiveness. In a way, it’s saying, “Are we going forward together? Are we going to work things out?” As we all know, there’s no guarantee. But I believe with our method, it increases the odds.

How can learning your apology language help you heal old wounds or past hurts in your relationships?

This is an interesting question. When you have an old hurt, you’re sometimes left with this situation where you can’t stop thinking about it. Like, if I had a remote control on my emotions and memories, I’d change the channel—but I can’t stop getting this old hurt to stop popping up. For someone experiencing this, it’s complicated.

If the person who caused the hurt is still living and willing to converse with you, then we’re in business because we can use these two essentials for healthy relationships: You can use the 5 apology languages to remove the barriers that caused the hurt, and the 5 love languages to help refill that love tank.

Why is it important to choose the right apology language—and how do you do that?

This free online quiz is a great starting point! But you can also ask someone what they need in a good apology! Or, flip it around and ask something like, “When you hear a really bad apology, what’s missing?” I think those two answers taken together will give you a pretty good idea of what someone’s magic words are.

Just as the five love languages requires us to do, we need to get out of our own perspective and put ourselves in another’s shoes. If you need to apologize, do your homework and find out what he or she needs to hear.

And if you just don’t know, use all five apology languages! In fact, using all five is the secret to a complete apology.

Jennifer Thomas is a motivational speaker specializing in the five love languages and communication. She is a business consultant and psychologist. She recently gave a TEDx talk on the two essentials for healthy relationships. Hint: They involve a love tank and forgiveness. She is the co-author of these books: The 5 Apology Languages and Making Things Right at Work. Her books have been translated into 15 foreign languages and have sold hundreds of thousands of copies around the world. Jennifer has a doctoral degree in clinical psychology from the University of Maryland. She earned a BA in psychology and religion from the University of Virginia. Visit her at www.drjenthomas.com.

You probably know your love language, but what's your apology language? We asked Dr. Jennifer Thomas, co-author of The 5 Apology Languages, for the inside scoop.