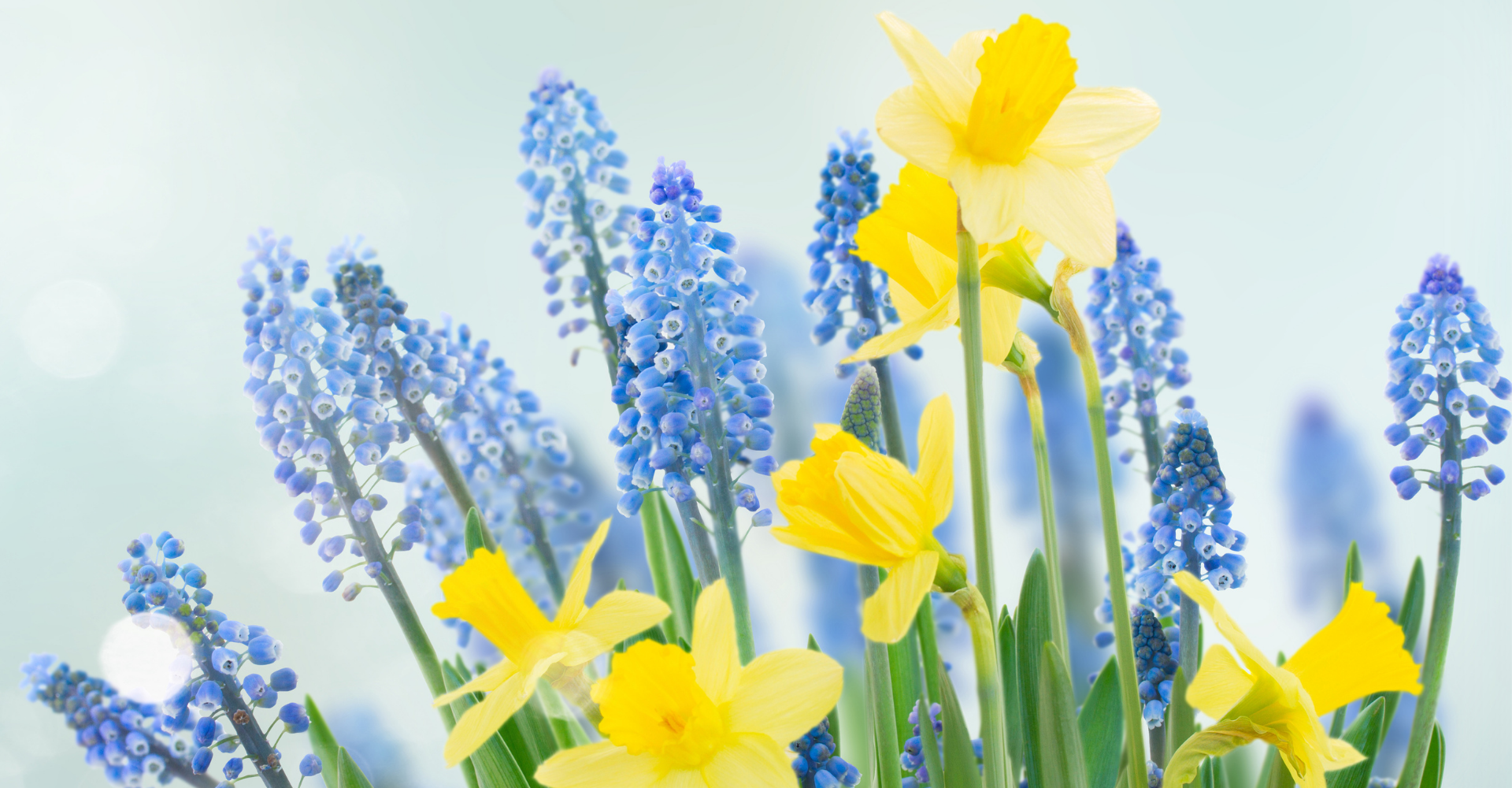 By Meghan Rabbitt April 09, 2022
Voices Above the Noise

As a Catholic who grew up going to church every Sunday, the story of Easter always felt a little distant. Jesus was crucified, buried in a tomb, and then rose from the dead. Like most kids, I focused on the chocolate bunnies and egg hunts.

When I talk to my Jewish friends about Passover, they share similar sentiments. While the Exodus story—the liberation of the people of Israel from slavery in Egypt—was being told, they were thinking about their Bubbe’s matzo ball soup and the smell of beef brisket filling their childhood home.

But here’s the beautiful thing anyone on the spiritual path learns at some point along the way: These holidays represent so much more than the events that take place in the scriptures we read and the stories we hear about them. And if you’re lucky enough to learn from spiritual leaders who can help you make sense of how these ancient tales actually do apply to your life, they take on a meaning that spans far beyond bunnies and brisket.

I was lucky enough to talk to two such spiritual leaders this week: Father James Martin and Rabbi Steve Leder. I asked them about what Easter and Passover mean to them, the important role spirituality plays during tumultuous times, and how to make this week—and every week, really—holy.

A CONVERSATION WITH FATHER JAMES MARTIN AND RABBI STEVE LEDER

What is your advice for anyone wanting to have a holy week in the lead-up to Easter and Passover?

Father Martin: One way is to notice where God is present. We tend to rush through our days and weeks without stopping to notice the moment-to-moment encounters we have with God. None of us are ever going to reenact Jesus’ story—we’re not going to be crucified and raised from the dead. But we do have an opportunity to reenact His story every day, through giving things up and letting the parts of ourselves “die” that are keeping us from being more loving and experiencing new life.

For example, someone could say, “What I’m going to let die is selfishness, or a need to control people, or gossiping. If I let that die, I’ll experience—and others around me will experience—new life.” Spiritual teachers call this “dying to self,” which means letting go of whatever prevents you from being a more loving person. Is it hard to do? Yes. But all of us recognize there are parts of ourselves we need to let go of and leave behind in the tomb, so to speak.

When I lead pilgrimage groups to the Holy Land, we always visit the tomb of Lazarus, whom Jesus raised from the dead. When people go down into the tomb, I invite everyone to leave something behind—a resentment, a habit, an addiction—and to imagine Jesus calling us out into new life.

But you don’t have to take a pilgrimage to the Holy Land and go into the tomb. You can do this every day. You can ask yourself, “What can you let go of?” That’s a way to make this week—and every week—holy. Look for the patterns of death and resurrection in your own life.

Rabbi Leder: I would consider what I should stop doing to make this week holy, not what should I start doing to make this week holy. Because beauty is created when we cease to create. Beauty is created by what we choose to remove. It’s like sculpture. The beauty was always there; it took a skilled artist to remove marble and reveal what was there all along.

If you can understand what God is not, it leaves you with what God is.

So, what do you need to stop doing this week? What can you remove? What’s the opposite of sacred or holy? The profane. So, what profane aspects of your life can you remove this week so that removal creates the space for spirituality and beauty to enter.

With everything going on in the world right now—the war in Ukraine, the next wave of Covid—spirituality can play an important role in helping us feel better. What’s your advice to readers who’d like to lean on their spirituality a bit more right now?

There was a book written many years ago in the late 70s called The Holocaust and Halakhah. The author documents how Jews who were observant, who followed Jewish law (a.k.a. the Halakhah), fared far better emotionally, psychologically, and spiritually in the camps than the secular Jews who were shocked that they could be in such circumstances.

Why? This devoted life structured chaos for these people. It provided a scaffolding, a structure, a rhythm in their lives that always gave them a way to organize chaos. What’s more, it gave what was happening a context and in a sense, an easier way for them to find some kind of purpose or meaning within it. This devoted life offered transcendence.

When you can find purpose in suffering, it ceases to become only suffering. I often say, If you have to go through hell, don’t come out empty handed.

Next, recognize that what you’re feeling may be God’s feelings for the world, moving you to act. Do you feel outraged for the refugees in Ukraine? Maybe this is God inviting you to move in some way—to donate or help in some way. How else would God get people to act other than by moving our hearts?

This story will come out the Sunday before Easter and Passover, and I’d love to ask you about the significance of these holidays. How would you explain them?

Rabbi Leder: The story of Passover celebrates the exodus of the Israelites from slavery in Egypt. There’s a lot of preparation for Passover that goes on for observant Jews. We rid our homes of anything with leaven in it. Why? In the Exodus story, the Israelites had to flee so quickly they didn’t have time for their bread to rise. But what is leaven? It’s the thing we use to puff things up with hot air. So, while this practice of avoiding leaven is certainly meant to remind us of the Exodus story, I’ve always embraced it as a reminder of the importance of humility. We’re all a little too puffed up—too full of hot air.

Passover starts with a festive Seder meal, meant to remind us of the important themes of liberation and obligation. It’s so germane to what’s happening now. Exodus is about an autocrat, named Pharaoh, who enslaves and oppresses others and who doesn’t care about the effect it has on his own people. Ultimately, he drowns in the sea of his own narcissism and his own indifference to others. You don’t have to work very hard to swap a different name for Pharaoh right now. It’s impossible not to think about Putin. It’s also about not being a spectator when other people are suffering. We can all do something.

There are so many deep meanings in Passover. For example, the Hebrew word for Egypt is Mizraim, which comes from the Hebrew word narrow. Moses led God’s people out of Egypt by crossing the sea through a narrow passage—just like you don’t get to freedom without breaking out of your narrowmindedness or narrow point of view. Fear enslaves us. We have to be courageous to liberate ourselves from the oppressive forces in life—both internal and external.

Passover also reminds us that there are two kinds of freedom. There’s freedom from, and freedom to. Passover is about freedom from slavery and oppression. But seven weeks from now, we celebrate another holiday, Shavuot, which is about accepting the laws of the Torah. Meaning we’re using our freedom from as freedom to take upon ourselves a way to be better human beings.

It’s an important reminder for those of us in America right now. We are the freest people who ever lived. What will we choose to do with our freedom?

Father Martin: The Easter message is a story about Jesus, who rose from the dead after three days in the tomb. It’s a story of his triumph over death.

Especially now, the message that hope is coming from God and despair never does is something for everyone to hold onto.

On Good Friday and Holy Saturday, the disciples were locked behind closed doors, because they thought nothing could change, nothing good could ever happen again. Easter shows us that that’s not true. God always has surprises for us. Despite having seen all of Jesus’ miracles—seeing him heal people and raise people from the dead himself—they were still afraid. Why? They were giving into their fear. That fear wasn’t unreasonable. But Easter changes all of that.

Steve Leder is the Senior Rabbi of Wilshire Boulevard Temple in Los Angeles. He is the author of the best-selling book More Beautiful Than Before: How Suffering Transforms Us, and The Beauty of What Remains: How Our Greatest Fear Becomes Our Greatest Gift. His next book For You When I am Gone: Twelve Essential Questions to Tell a Life Story will be published by Penguin Random House on June 7, 2022.

James Martin, S.J., is a Jesuit priest, writer, and editor at large of the Jesuit magazine America. He received his Master’s in Divinity (M.Div.) and Master’s in Theology (Th.M.) from the Weston Jesuit School of Theology (now part of Boston College). In addition to his work at America, Fr. Martin has written or edited more than 15 books. The Jesuit Guide to (Almost) Everything and Jesus: A Pilgrimage were both New York Times bestsellers, as was his most recent book Learning to Pray: A Guide for Everyone. He has received over 20 honorary degrees from various colleges and universities, and in 2017 Pope Francis appointed him as consultor to the Vatican’s Dicastery for Communication.