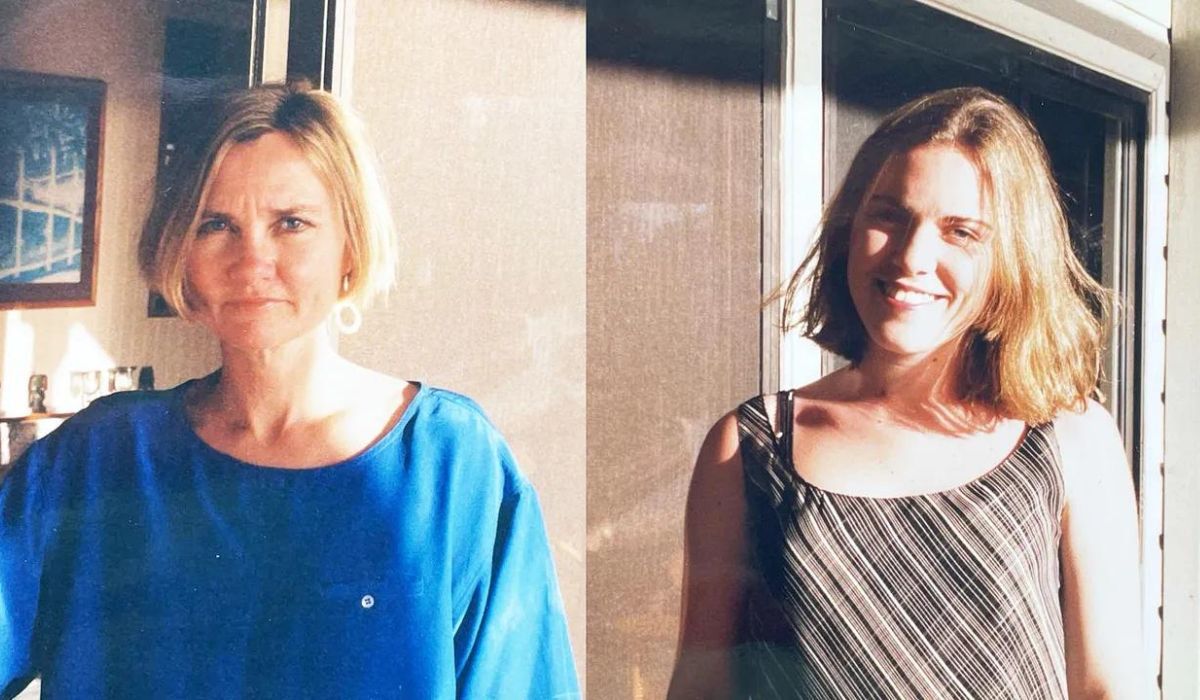 This essay was originally published on Emily Oster's newsletter ParentData

My mom, Sharon Oster, died in June. When it happened, I desperately wanted to write something to honor her and my memories, but it was impossible. I was grateful and relieved that there was an obituary produced by someone else. That obituary honored her for her accomplishments as an economist, a teacher, and the dean of the Yale School of Management. It wasn’t personal, though.

My wonderful friend Esme told me at the time, “You’ll want to write something too. But only when you’re ready.”

Here is what I want to say, very simply: My mother was the most formative person in my life.

This is, in part, true because I loved her, and she raised me, and I looked to her for advice in my own parenting.

But it is also true because she was the most important person in shaping my professional life. It is only because of the lessons I learned from her — either directly or through some kind of osmosis — that I have gotten to where I am. I have known this, to some extent, for many years. It’s been so much more vivid in the past months. I look at what I’m doing, or trying to do, and about 80% of the time I’m trying to emulate her.

What I want to write, then, is about just three of these lessons.

Not too long ago, I was talking with a very wise friend about the difference between being “nice” and being “kind.” In particular, we discussed the times when one needs to be honest and clear with people; this clarity can be kind, even when it is not nice.

My mother had a gift for these hard conversations, to be clear and honest while not being unkind. There are a million examples for me of this, when I think of it. Once, when a close friend’s boyfriend broke up with her the year we graduated from college, my mom said to her, “I know this seems like a big deal now, but I’m telling you: it’s not.” My friend remembers that interaction not as harsh but as kind, honest. Of course, it was also true.

The one example I always come back to, though, is the time that my mother brought one of her favorite MBA students into her office and told her she needed to upgrade her wardrobe before starting her job in investment banking. Mom even found a fellow MBA student, a friend, to take her shopping. (I think we might all have wished this conversation wasn’t necessary, but my mother was practical, and she was deeply worried that this fixable, external issue would get in the way of the student’s success.) This cannot have been an easy thing to say, or to hear. But it was kind, if not especially nice.

She was so good at these hard conversations that even when she had retired, she’d occasionally be asked to come back to have one of them, when no one else could do it. Her magic wasn’t just the willingness to have the conversation but the ability to make clear that it wasn’t with malice, it wasn’t to be mean.

I think about this all the time. Mentoring students, in particular, requires these conversations frequently. Be clear, I channel. Be kind.

Mom was a legendary teacher. It was in large part because of her clarity and understanding and in moderate part her delivery. She was extremely charismatic and extremely cool. One of the more awkward (and awesome) moments of my professional life was dinner with an economist who’d had mom as a professor when he was an undergrad. He was clearly smitten then, and perhaps still.

She was justifiably proud of being a good teacher and she cared about being the best. It was a key part of her identity. For some people, I think this desire to be the best might have gotten in the way of helping others. But for her, it didn’t. Mom was endlessly generous with teaching help, notes, advice. She would co-teach with new colleagues until they got the hang of it, would design courses and pass them on to others.

She didn’t cling to her success. She shared it. And while none of us on the receiving end would quite live up to her abilities, we were all better for it.

However: I did, just once, see the competitive streak break through the generosity. When I started teaching at Chicago Booth, I was teaching a class that mom had taught for many years. She sent me all of her notes, and I more or less just transcribed them from her transparencies into PowerPoint. It was, unsurprisingly, a very successful class.

When my colleague Matt joined Booth, planning to teach the same class, I shared the notes with him. He used a version of them and also taught very successfully.

A year or two later, I was explaining to Mom that Matt and I had a friendly competition over who had the better teaching ratings and, that year, he had beaten me. She paused for a moment, thought about it, and then said, a bit sharply, “Well, maybe you shouldn’t have shared the notes.”

Get to the point

My mother was efficient. Not rushed; efficient. She had an uncanny ability to boil down meetings or decisions to their essence. After she died, many people reached out to tell me about just one or two interactions with her that changed their life. She could spend 20 minutes with someone, suss out the key underlying issue, think about how to fix it, and then move on.

As an adult, I can see how this must have been incredibly useful at work. In my best moments, I try to channel this into shorter meetings, more efficient decision-making. But as a child, where this came up the most was in the plays.

The block on which I grew up had a lot of kids right around my age, and we hung out together all the time. My mother, most summers, took it upon herself to organize the neighborhood children to put on a play. She would write adapted scripts, work with us to memorize lines (sort of), get people to do costumes, and so on. We’d perform for the neighborhood, with a sheet hung over a clothesline in the backyard as a curtain.

The plays started with relatively simple fare — Charlotte’s Web was an early production. But mom was ambitious. One season, she decided to do Macbeth.

The thing is, it’s very hard to put on a production of Macbeth with a cast whose oldest member is 12 and which includes some children under 6. Add in the challenges of keeping the play under 30 minutes and also using Shakespeare’s actual language. Mom didn’t want to summarize. She just wanted to cut it to the bone.

Mom’s version of Macbeth is a work of art. It is the theatrical version of a really effective meeting. My father saved a copy of the script. It is nine double-spaced pages, easily under the 30-minute limit. It jumps from major speech to major speech, yet keeps the plot (for the most part). She managed to completely write out Banquo; I guess we didn’t have enough kids for that character.

I remember everything about this play. I remember I wore a purple dress, and my hair was in a bun on top of my head. I remember the witches were my brother John and our neighbors Meghan and Becca. I remember the “Out, out damn spot” speech and can still recite it. And I remember how seriously Mom took this, how hard she worked at it, and how much fun we had.

Speaking of this lesson, this is too long already. Mom would tell me to get to the point. Which is … that I miss her, that I’m grateful for the time we had, that I wish there had been more of it. Also, Shakespeare might have done better to edit himself down a bit. Really, no one needs all those scenes with Duncan chitchatting with his military underlings.

I love you, Mom

Emily Oster is a Professor of Economics at Brown University and the author of Expecting Better: Why the Conventional Pregnancy Wisdom Is Wrong — And What You Really Need to Know, Cribsheet: A Data-Driven Guide to Better, More Relaxed Parenting, from Birth to Preschool, and The Family Firm: A Data-Driven Guide to Better Decision Making in the Early School Years. She writes the ParentData newsletter.