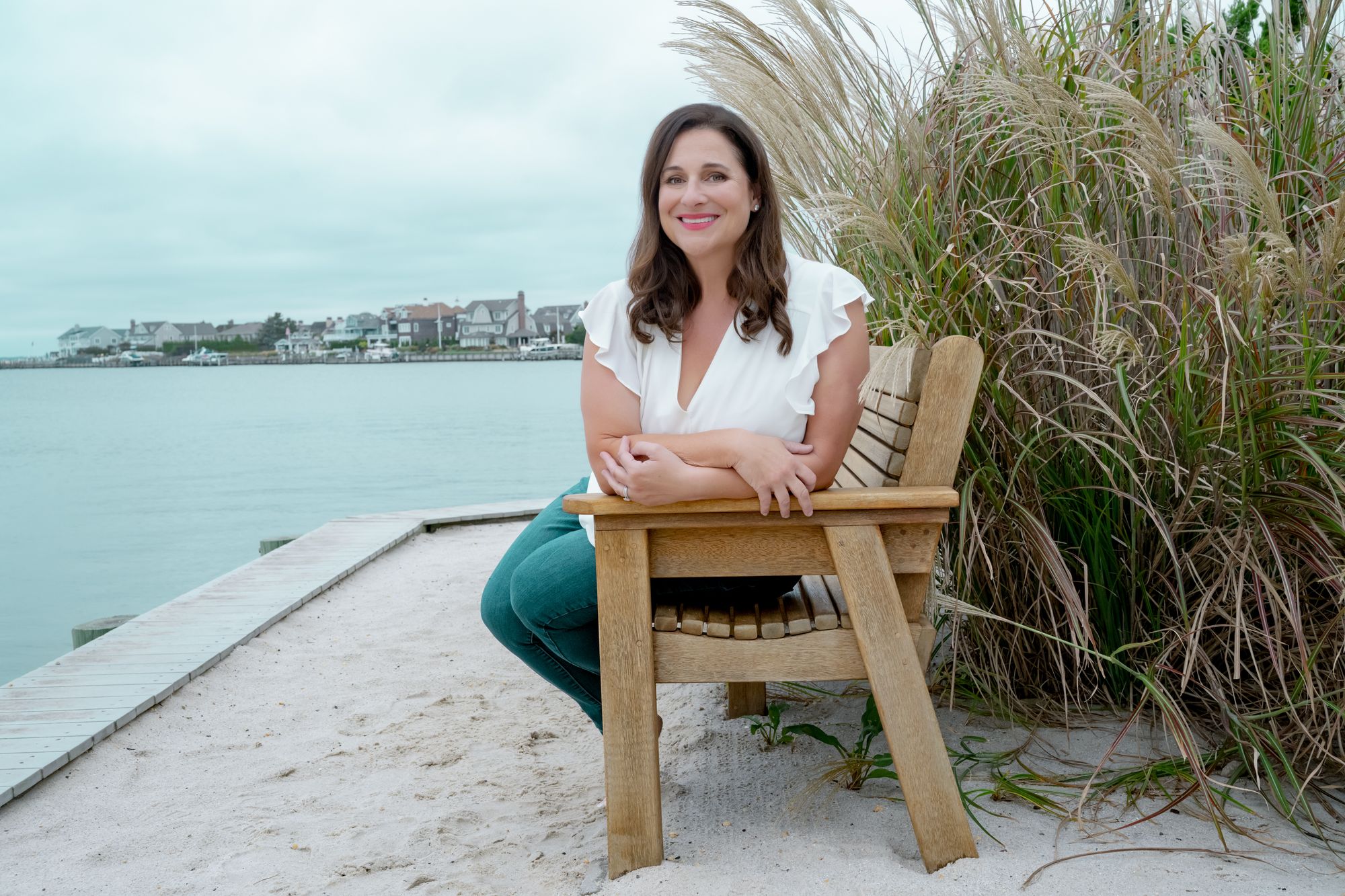 Jennifer Weiner on Creativity, Honoring Plus-Size Bodies, and the Power of Fiction

It’s an image that sweeps across countless beaches in the summer: frolicking kids, chips and drinks strewed about, and sandy hands clutching the latest Jennifer Weiner book.

To read Weiner’s stories is to feel like she gets you. That she knows you. The best-selling author imbues her stories with the messy, complicated aspects of being human. Characters face life truths that are common yet still too rarely covered: people in larger bodies, broken families, secrets, and longing. Weiner’s debut novel, Good In Bed, puts the heroic spotlight on a plus-size woman. Twenty years later and people are still writing about how the story made them feel seen.

On the wave of her newest release, The Summer Place, we chatted with Weiner about nourishing her creativity, the facets of her characters that are so important to her, and the power of fiction. “If you can tell a story where the character feels real and sympathetic and like somebody you know, and want to root for, that is something that changes the world,” she says.

A Conversation with Jennifer Weiner

Millions of people read your books. How have you navigated this response over the years?

When I wrote my first book many years ago, the dream was to see it in bookstores. I wasn’t letting myself think maybe this will be a best seller. I honestly thought it was such a personal story and maybe 12 people were going to buy it—and I'd be related to six of them [laughs]. Honest to God, that is what I thought would happen. It was astonishing watching so many women respond to it. It was also a little sad because it was a book about a woman who has no self-esteem and who feels like she doesn't belong in the world because of her body. She is constantly thinking If I lost 30 pounds, 40 pounds, whatever, then I'd be okay. That is a terrible way to feel, and it is very much how I felt at one point in my life. I don’t want to think that so many women were carrying that around, the way that I had carried it.

The other piece is that I sold my first book before the internet was much of a thing. And before social media was anything like we have. I remember going to my publisher and saying, ‘I want to start a blog.’ And they were like, ‘that's great. What's a blog?’ So my career has happened at the same time as this social media explosion. It’s been an interesting space to navigate.

You once said in an interview that Toni Morrison, under whom you studied, told you to write the book you wanted to read. What were the characters or what was the book you were craving?

It was Good in Bed. I had only seen plus-size women, fat women, larger women, and women in larger bodies that were either funny best friends or they were sexless moms or grandmothers. Or if they were the main characters, they had to lose a hundred pounds before they could get anywhere near Prince Charming and the happy ending. I needed representation. I needed to see women who looked like me because I could see them in real life. Not everybody in my world was thin, yet certainly, I saw women with jobs, with marriages, with fulfilling love lives, you know, all of that, but it really wasn't in the culture. Women in larger bodies, we were just mostly there as punchlines.

That was really not okay—and I wanted to do something about it. I think that sometimes fiction is the place. You can do those things. You can write an op-ed or you can demonstrate or something like that, but if you can tell a story where the character feels real and sympathetic and like somebody you know and want to root for, that is something that changes the world.

You also write honestly about family, from the messiness of divorces to sibling rivalry. What is it about family that captivates you?

When you grow up reading Little House on the Prairie or Little Women, we have this idea of family in our heads that look like a Norman Rockwell postcard. Everybody gets along during the holidays. Everybody's happy. Meanwhile, in real life, you go home for the holidays and it is nothing but drama. Maybe your parents aren't so happily married. Maybe your siblings are not all wonderful and supportive. And maybe your mom comes home with a girlfriend. I had a very messy family of origin. Everything was great for like the first 13 or 14 years. My parents were married. They had four children. Then my dad left and he was just not interested in being a father to us any longer. So he was out of the picture, and after that, my mother fell in love with a woman who was much younger than she was. And I was just like, what is going on here? What is even happening? My mother, to her credit, would always tell me: ‘It’s all material. You can use this someday.’ And I was like, I am taking you up on that.

How do you nurture your creativity having churned out so many books consistently over the years?

I am really, really lucky. I love writing. I've always loved writing. I don't struggle with writer's block—knock on whatever composite wood this desk is made up of. It’s always been the thing I've most enjoyed doing. It's my happy place when I'm just sitting at my desk, telling myself a story. I was a journalist for 10 years before my first book came out. I learned to write every day. I learned to work with editors. I learned to meet deadlines. I learned to not be so precious about my own words; that something couldn't always be made better. So journalism was part of it. And I always love to read. And then I always give myself a lot of like quiet time to read, to walk, to ride my bike, to swim. Any kind of rhythmic, repetitive action puts my mind in a place where I can work on a story.

A lot of it is also just paying attention. Listening to what I'm hearing in the dog park or the carpool lane, or like what's in the newspaper or what my friends are talking about. It’s thinking about, everyone is sort of carrying their own mess and pain around. And to the extent that I can, I tell stories to say, 'Hey, you're not alone. Everybody's got some kind of a mess. Everybody's got something painful. Everybody has something that didn't work out or that they wish had happened differently.'

It feels good that I can tell a story and someone will read it and feel less alone at the end of it.

One Italian Summer by Rebecca Serle—“Deliciously transporting with lots of heart.”

Let’s Not Do That Again by Grant Ginder—“An edgy and smart portrait of a politician and her kids.”

The Other Black Girl by Zakiya Dalila Harris—“A portrait of Black women in the workplace that takes an unexpected turn.”

When We Were Bright and Beautiful by Jillian Medoff—“#metoo meets GONE GIRL in a twisty, engrossing thriller.”

Jennifer Weiner is a best-selling author. You can learn more and order her newest book, The Summer Place, at jenniferweiner.com. 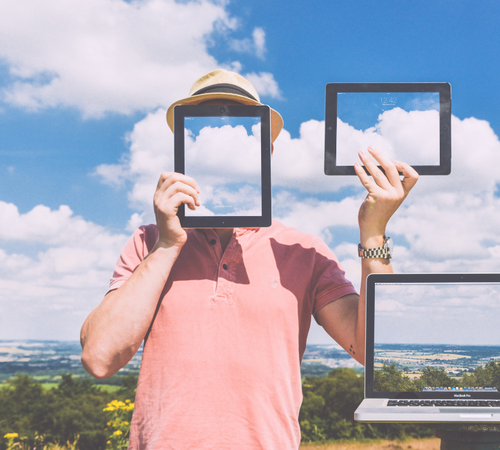 You're Way More than What You Think You Are. Two Insightful Reinvention Coaches Guide Us to the Best Version of Ourselves 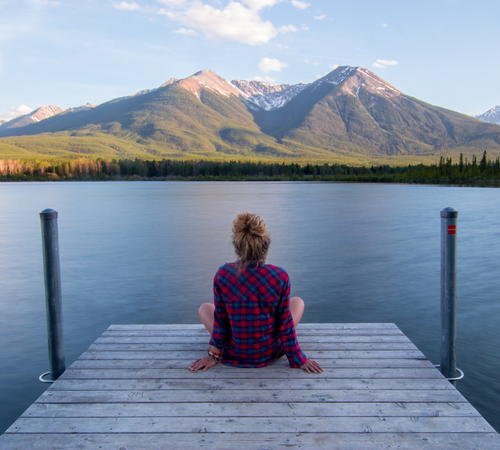 Spinning Over the State of the World? This Wisdom from the Best and Brightest is What’s Keeping Us Grounded and Hopeful Right Now 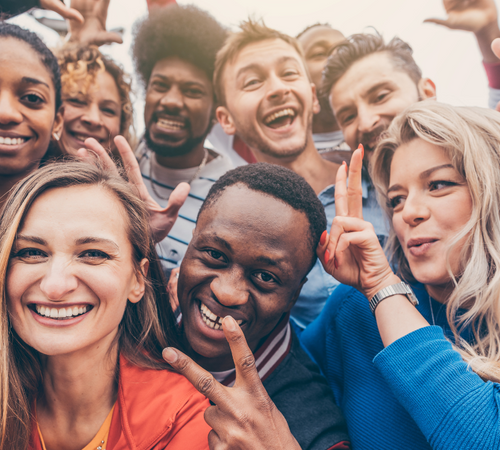 The Science of Friendships: Jennie Allen Shares the Secret to Building Deep Community in a Lonely World