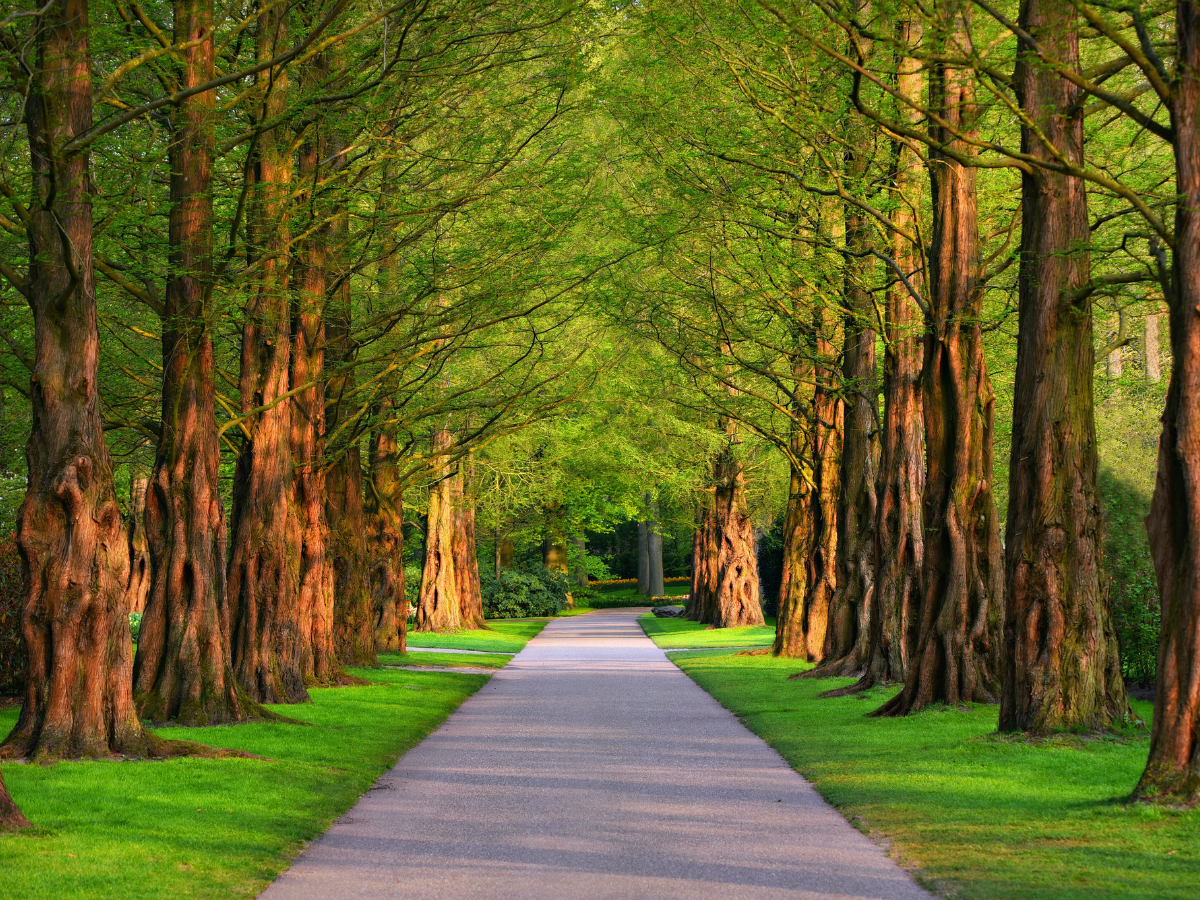 Keep Your Heart Open In Hell

A few years ago, after a serious bout of vertigo actually landed me in the ICU, I was instructed to start practicing my balance.

“Stand for at least one minute on each foot,” I was told. “It’s important not only to regain your balance, but to keep it so you can move forward.” Great, I thought to myself. Here’s that balance thing again.

As a young journalist and mother, I often heard that I should pursue “balance.” It was the holy grail. Being told to achieve balance while juggling four young kids, a career, a marriage, and aging parents left me feeling anything but. What I felt instead was unbalanced, unsuccessful, and unseen.

No matter how organized I was, and no matter how many things I checked off my lists, there was always more to do, more to juggle.  It wasn’t until I realized that balance was an internal job that I actually found it for myself. But then this past week, I felt like I lost it.

I was sitting in my hotel room overlooking the Rocky Mountains on Friday morning, preparing to speak on a panel about the state of women’s health in this country. It was beautiful outside. I felt blessed to be in nature and to be speaking about such an important subject. Dare I say that in spite of the January 6th hearings, in spite of the Supreme Court’s gun ruling on Thursday, I felt good. I felt peaceful. I felt like I was exactly where I was meant to be. And then just like that my world felt like it turned upside down.

I read the news about the Supreme Court’s decision to overturn Roe v. Wade and I instantly went from being in my body to being dizzy.

I felt a jolt. My heart started beating fast. Really fast. I felt my eyes spontaneously well up with tears. No, I thought to myself, this can’t be happening. This cannot be happening in 2022. Then I felt rage build up inside of me. Not anger, but rage. Then I went to heartbreak. Total heartbreak. At that moment I felt so alone, so unsafe, so unprotected, so unseen.

I have written in this space before about believing in a woman’s right to choose to have an abortion or not to have one. Both involve choice. I have written that I don’t believe it’s the government’s job to decide this deeply personal choice for any of you. I believe it’s your job, and I believe enough in my sisters’ decision-making ability to make the right decision for them. I am not alone in this belief. The overwhelming majority of Americans agree with me.

So, it was and is stunning to witness this fundamental right being taken away from women. In my lifetime, women have had to fight for everything. We've had to fight to be seen, to be accepted, to be respected, to have the rights that others have. I have written before about growing up with all brothers and having to fight for my equality. I went into journalism when there were very few women. I had to fight every day to be seen, to be respected, to be taken seriously, to be paid equally, to get an equal shot at the big boy stories. Every day was a fight. It was the same when I was First Lady of California, and on and on. The pressure to be perfect, to not mess up, is on every woman’s mind. The pressure to be perfect so that other women can have a shot is real.

This past week our country celebrated the anniversary of the passage of Title IX. My son texted me about it saying, “Wow, I can’t believe this is only 50 years old and that this happened in your lifetime.”

Now young girls don’t have a different right. The moment I heard the news, it made me feel as though all of our progress had been rolled back in an instant. Make no mistake, this is a devastating blow to women’s rights. This decision puts millions of women in harm’s way. It puts their health at risk. It demoralizes them, shames them, and it can kill them.

Of course it’s ironic that this decision comes at the end of a week where we were made privy to the lengths that the former president (who appointed the Justices that were responsible for this overturning) and his gang went to try and rewrite history. And I naively thought that made me dizzy…

I gotta say, I was stunned by their efforts to lie, cheat, and steal the election. To strip away the rights to our democracy. Little did I know that stripping away rights would take on a whole new meaning by the weekend.

Before Friday’s devastating news, my friend Elizabeth sent me a short video featuring the spiritual teacher Ram Dass titled “How To Keep Your Heart Open In Hell.” The title alone caught my eye. This is something I need to know, I said to myself. I need to know how to do this right now, because well, the news feels like hell. Little did I know how hellish it would feel.

Listening to Ram Dass speak brought me to a semblance of balance. His observations about the human condition opened my mind. Listening to him read Thích Nhất Hạnh, one of my other favorite teachers, made me reflect. Their words brought my heat down. I was glad I was able to turn to it. Here is the video for you, if you’d like to listen as well.

And so my friends, here we are. We, the People—and We, the Women—certainly need to find our balance right now. I know prices and interest rates are soaring, gun violence is surging, political opinions are raging, and the Supreme Court is overturning long-held laws of the land. But we need to be the steady, solid ones. We need to gather ourselves and do whatever we can to keep our wits about us and our hearts open. Yes, we do.

Closed minds close hearts. Righteousness prevents understanding. We, the People, need to do all we can to keep our composure. Yes, we need our righteous anger, but we also need to be smart, to be thoughtful, to be strategic.

Friends tell me they hold steady by simply turning off the news. They tell me, “I just can’t anymore.” It’s too much so they tune out. But my friends, turning away and putting on your blinders isn’t going to help us move forward. In fact, entire societies have crumbled when the people turned away or allowed themselves to be gaslit into believing something that was untrue.

As this past week came to a close, I found myself feeling despondent and discouraged. I even felt at odds with some in my own family who’ve never had to face what so many women have faced. They applauded this decision, and their words made me weep. But then I took a deep breath, I took a walk, and I began to wonder. I wondered, will this be enough to rally people? Will this be enough for people to vote like their lives depend on it? Will this shock people into action? Will this make people on both sides of this contentious debate seek common ground? Or will people give up and just go about their own business?

The night before my panel, I went to listen to a young neuroscientist speak about the power of awe. He spoke about the impact of awe on the brain. He spoke about how experiences of awe allow your body to settle, your mind to expand, your beliefs to be reimagined. He shared his science and then urged the audience to begin to implement an “awe practice” into their lives. He said you have to have a daily practice looking for awe and searching for awe. He said experiencing it will give you hope and will inspire you to keep moving forward.

So, late in the afternoon after too many cookies and emotional eating, I focused my mind on the awe of nature. I took several deep breaths. I reminded myself of the deep strength that lies within me and so many others. I reminded myself: I am a warrior. I am strong. I steadied myself and I found my balance.

Women have been through so much and have accomplished so much. We know how to get stuff done. Now, we will move forward stronger than ever with so many others standing with us. We will do this with our hearts open despite it feeling like hell. We have no other choice.

Prayer of the Week:

Dear God, help me to practice balancing in a world filled with ceaseless motion. Give me the strength to not put on blinders to all that is wrong in the world. Instead, let me make a meaningful difference as I move forward from my peace. Amen. 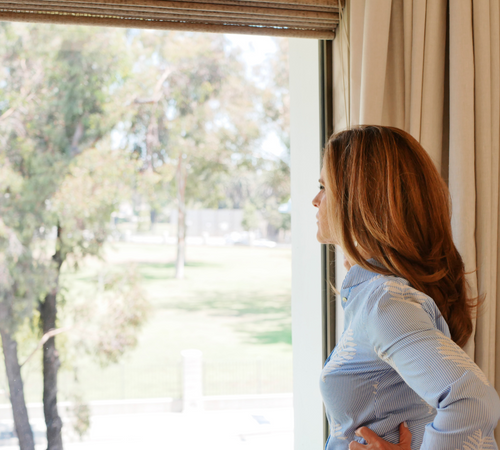 You Deserve to Feel Invaluable 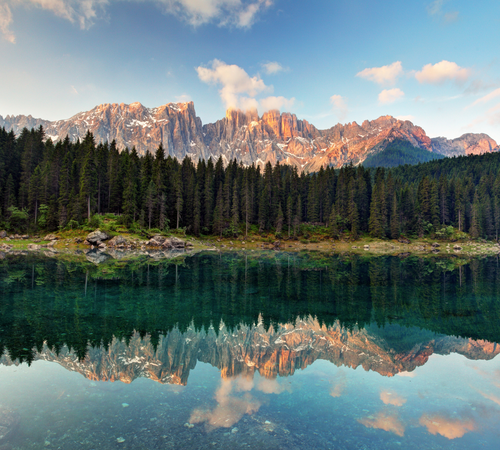 A Credit to Humanity 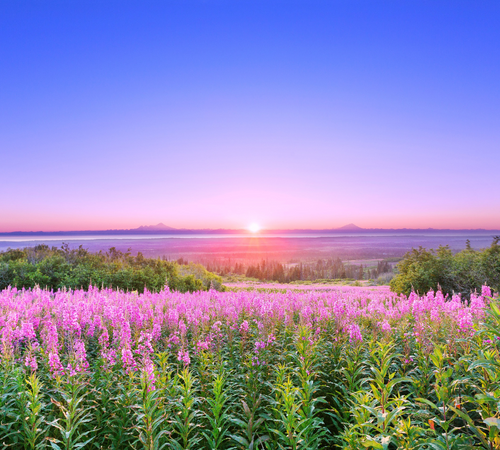 Two Degrees Makes All the Difference