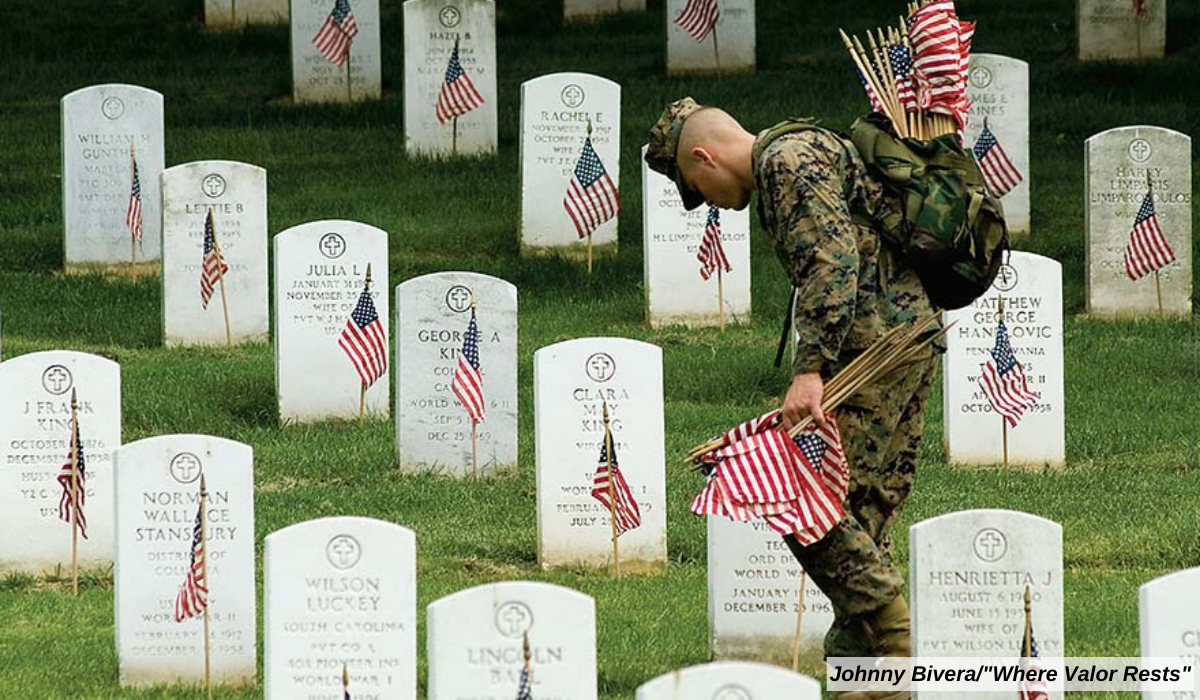 Jim McCollum, Father of a Fallen Marine Lost in Afghanistan Last Year, on Honoring Memorial Day for What It Truly Is

This will be the first Memorial Day since 13 service members were killed in a bomb attack at the Kabul airport in August 2021. The service members—11 Marines, one Navy medic, and one Army member—were aiding evacuees trying to flee Afghanistan. One of them was 20-year-old Marine Corps Lance Cpl. Rylee J. McCollum of Jackson, Wyoming. “For God, country, and everything else, he was doing what he needed to be doing at that time,” Jim McCollum tells The Sunday Paper about his fallen son. “He always wanted to do something bigger—and he accomplished that for sure.”

The Sunday Paper had the honor of speaking with McCollum about his son and what Memorial Day means to him and his family. McCollum tells us that we’ve lost sight of the day’s true meaning, but he has hope that America will return to embracing the day for what it is.

A Conversation with Jim McCollum

What does Memorial Day mean to you?

It’s always been a special day for us as a family. We’ve supported our military and have been prideful in America. But we've also lost sight of its meaning a little bit—with the barbecues and overall atmosphere. There's a reverence to it that has been missing. This year, it’s been hitting me differently. I am embracing it for what it really is. We’ve always had that in the back of our minds, and we’ve flown the flag with respect. This year, Memorial Day is not a celebration. It is heartfelt.

What do you hope for individuals and the country to understand about this day?

I know by and large America is proud and sympathetic to what Memorial Day is, but it is easy to lose sight—and I'm guilty of it, too. For us to reflect on that and to honor the people and what Memorial Day was designed for is what I want the world to embrace. This is no one’s fault that we’ve lost sight of it.

When [my fallen son] Rylee came home to Jackson, Wyoming, I felt and saw this: It didn't matter where you were on the political spectrum or what your beliefs were. The homecoming that we had for him, there are no words to express how that felt and what that was like to see. I've watched videos of the others’ homecomings and for a moment in time, America was America. It was beautiful to see. So it’s still there. We get lost in the daily hustle and bustle and politics. We get lost in the finger pointing. America still is full of beautiful people with the kindest hearts. And I got to experience and actually feel that—and to know that it was for my son was absolutely humbling.

Your son, Lance Corporal Rylee McCollum, was a brave Marine. What would you like for us to know about the man that he was and will always be?

Rylee was handsome. He had a rough exterior. But the part of Rylee that people don't know, and probably if you met him you might never believe, is that he was the most compassionate, caring person. I was recently reflecting on seeing him in kindergarten and his first crush on this little girl. She liked another little boy, and I remember seeing that pain and anguish in Rylee and how kind and caring and compassionate he was. I knew who he was, but I never really thought of him in that way.

As things unfolded for him at 20 years and six months, he died with that compassion. He was a Marine. He was doing what he needed to do, and I believe he was where he was supposed to be at that time. He died helping people that didn't have a voice and couldn't help themselves. He was a beautiful soul.

Jim, what would you like to say to the other families of the service members who were killed?

I love all of them. I've been able to meet just about all the other parents. We’ve become a family through horrible circumstances, but they are the most beautiful people, and the stories of their kids touch me equally as much as my own.

As hard as it was to lose Rylee, and I continue to feel that loss, I do understand what the other families are going through. Their kids will not be forgotten. I am doing everything I can to continue to honor them in every possible way. Those were some great kids out in the 13, and those who were injured. Beautiful people with beautiful stories.

The Sunday Paper Honors the Following Service Members Killed in the August 26, 2021 Attack: