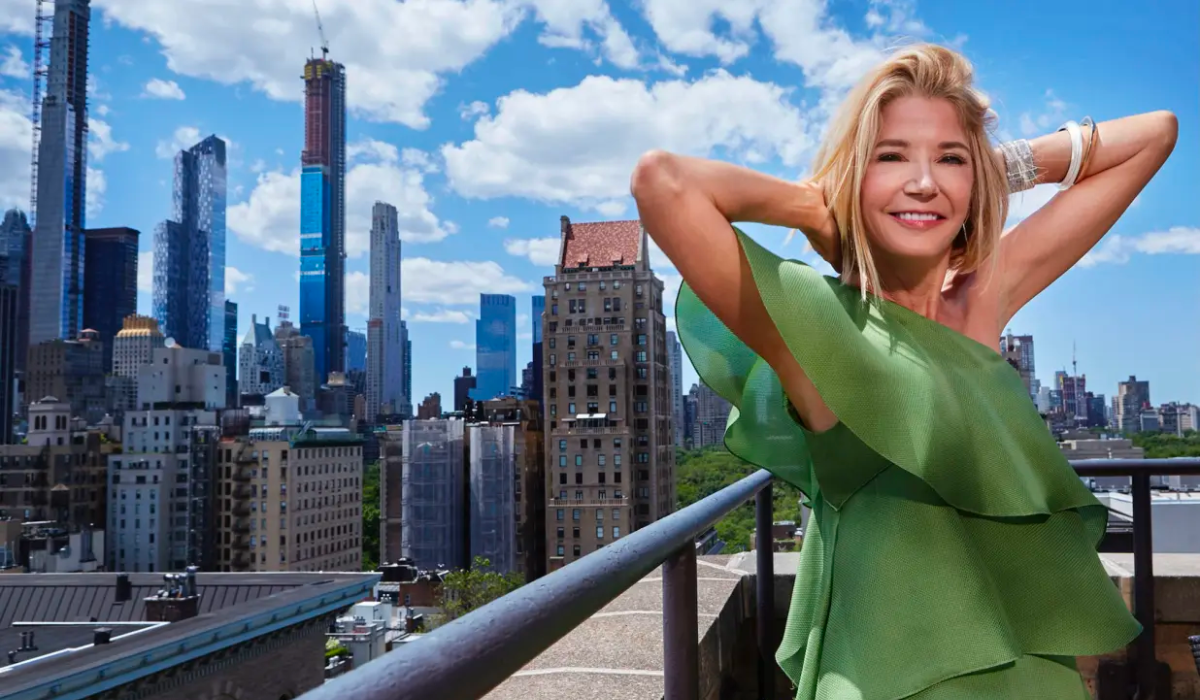 For three decades Candace Bushnell has captivated readers with her bold, zeitgeisty take on navigating dating and love. Her New York Observer column entitled “Sex and the City,” loosely based on Bushnell’s social escapades, ran in the mid-90s. The column attracted droves of fans and evolved into a book and a hit HBO show (not to mention films years later)—all of which starred characters that became household names.

Bushnell has also authored 10 books and starred in an off-Broadway show. Throughout her work, her no-holds-barred approach is front and center. She gives voice to the person claiming life for themself rather than caving to societal expectations. This is quite evident in Bushnell’s most famed character Carrie Bradshaw, a woman who has decided not to have children. Bradshaw’s experience is parallel to the real-world accuracy of how going child-free by choice is often looked at as odd and even less-than.

Bushnell has lived child-free of her own volition, a decision she's publicly discussed. I recently chatted with her over Zoom about the “huge amount of guts” it takes to live child-free by choice (an important topic for me as I, too, have chosen not to have children). Bushnell honestly indulged me, and she offered her take on what she feels society neglects child-free women.

This interview has been condensed and edited for clarity.

A Conversation with Candace Bushnell

Growing up in New England, what was taught to you, or what did you witness about being a mother?

This was the 60s. At the time, people were not obsessed with being parents. I grew up in a waspy New England town in Connecticut where it just wasn’t part of the culture that people were obsessed with their kids or even particularly warm to their kids sometimes. My grandmother always used to say, ‘if people knew what it was really like to have kids, they wouldn't have them.’

That is intense and honest.

At the time there was a Dear Abby sort of scandal where she asked her readers, ‘if you could go back and do your life over and not have kids, what would you do?’ Eighty percent said they would not have children if they could do life over again. This was shocking.

Motherhood was becoming a commercialized endeavor. It was like advertising was selling women on the idea of motherhood being the end all be all, almost like how the diet industry was making money off of women's insecurities. The culture continually reinforces this idea that women have no value unless they are mothers. That is an incredibly strong message across cultures. But the reality is that women either biologically do want to have children or huge amounts of women have bought into the idea for a variety of reasons, both economical and social. A huge amount of women in the United States are mothers—86 percent. So if you don't have children, you are definitely an outlier. You are a very special person.

That rings true in my life.

It takes a huge amount of guts to be child-free. Being a mother is also a lifestyle—kids have to go to school, your kids friends parents become your friends etc—so if you’re child free, your life is going to have a unique and original pattern. There’s a really cool, small club of super successful child-free women. For women who are child-free, I’ve found that they usually feel like they have another, very strong purpose in life other than having kids, which was how I felt.

Listen, it's hard to find real meaning in your life. Children are the one thing that society gives to women. Men can find meaning through changing the culture or inventing something incredible. But for women, no matter how successful you are, the message women still get is that motherhood is more important. It’s enforced every time a successful woman says the most important job she has is being a mother.

It’s understandable but always makes me a little sad. Because what’s unspoken is what every woman knows and doesn’t admit. In our society, if you’re a mother, you’re somehow “safe.” Or safer.

I have always gleaned from your work a sense of permission to create my own rules and that I can be whole and seen without being a mother. Was that your intention?

Yes. All women should have that option. We pay a lot of lip service to choices, but if 86 percent of women are doing the same thing, is it really a choice? Especially when you consider that just over 60 percent of men are fathers. I very much wonder why this is. Is it because biologically women have an incredible urge to have a child, or is it because of other factors? After all, traditionally, and in many cultures still, having a child is a woman’s only option for accessing money, goods and services.

Have you ever felt a responsibility or a weight from being a voice for the women who choose not to have children?

No. It’s something every woman has to decide for herself.

To the person reading this who has decided to not have children but feels judgment for her decision, what do you say?

It's about believing in yourself and your convictions.

Women tend to know whether they want to have kids. Because I’m child-free, I have friends who are not mothers and I've never heard one child-free woman say that she regrets not having kids. For me, having kids would have been giving in to what society tells women they have to do. So not having kids is being brave. It takes guts to do something different than what everybody else is doing. It gives you a chance to explore so many other aspects of life.

And the fact of the matter is we need both in our society. We need all kinds of people. I feel that we should be rewarding women for not having children and for making contributions in other ways. That is such a radical idea and it's shocking to me that it is a radical idea, but we really should celebrate women for saying, ‘Hey, you know what? I am CEO and guess what? I don't have kids.’ I think that in the future more women will be child-free.