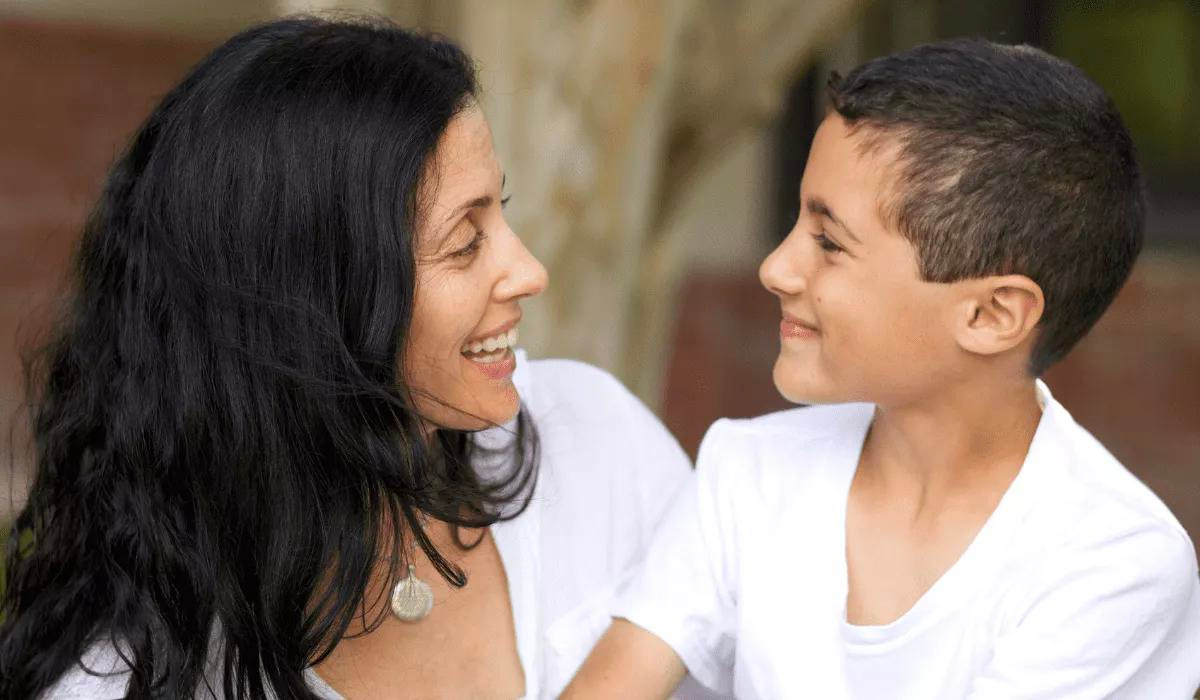 This Mother Learned to Play Soccer after Losing Her Son. Here's What It Taught Her about Love

To play soccer—the most popular sport in the world—it does not matter if you are liberal or conservative.  Nor does it matter what the color of your skin is, if you are rich or poor, or if you are tall or short.

What matters in soccer is the art of giving and receiving. Connecting with others during the best and worst of times. Committing to a goal and overcoming obstacles on the way to it with heads up, eyes scanning, and hearts beating with passion and love for the game.

When we take our last breath on earth, this is what the human soul mostly cares about too: giving, receiving, connecting and love.

I know because when my 12-year-old son went to sleep one night and unexpectedly never woke up, these fundamentals were all that mattered.

That tragic day, I found myself on the edge of two worlds. With one son in each, I no longer knew where I belonged. When I questioned whether I should survive this world or try the other, that is when soccer, my son’s favorite sport, started speaking to me.

“I taught you how to play, Mom,” my son’s spirit whispered during my darkest hours.

Surrounded by darkness and not knowing which way to move, I turned to soccer to help me find my way.

I thought about all the times I had helped my son practice in our backyard.  How I used to throw him balls from all different heights and angles so he could practice receiving them with both of his feet before smashing them into the goal.

Learning to receive takes practice, the memory enlightened me.

So, I began to train—on the field and in life. With my family by my side, I practiced opening my front door to receive meals and hugs from people I didn’t even know. I practiced saying “Yes” to any invitation that someone felt inspired to give.  Every time I wanted to crawl into a corner and die, soccer reminded me, “Get open and receive.”

One day, my husband received a call from a man who called himself Sheriff Joe.  Sheriff Joe was an alias used by a soccer dad who, like my husband, was a member of an online forum where passionate soccer parents exchanged news and opinions about the soccer landscape in our region.  The use of an alias ensured that no child was impacted by the personal opinions and online behavior of their soccer-obsessed parents.

Soon after my husband joined the forum and approximately six months before my son passed away, he and Sheriff Joe got sidetracked off soccer and began bickering about politics.

“Oh, you are one of those,” Sheriff Joe scoffed at my husband for being liberal.  “Let’s move this discussion to the political forum below.”

He gladly did and the two of them proceeded to spend months sparring back and forth until they were bitter enemies who didn’t even know each other’s real names.

After tragedy struck and our son died and my husband did not log back into the forum, Sheriff Joe wondered where he went.  He figured out my husband’s real name, tracked him down at his office, and called.

“It was your son who passed away?” he asked when my husband answered.

“Times like these make for some weird new friendships,” my husband responded, no longer looking for a fight.  Suddenly, their love of family, passion for soccer and commitment to humanity united them more than the manmade politics that once divided them.

Like two opposing players on a field, they began to learn from each other.

First, they met for dinner.  Then, six months later, Sheriff Joe and his daughter showed up at one of my younger son’s soccer matches for emotional support.  Sometimes Sheriff Joe sent bags of his homemade beef jerky.  Other times, he delivered containers of delicious homemade cookies. At a time when my family was empty and had very little to give to our world, Sheriff Joe reminded us that the world still had something to give to us.

“He’s coming over to watch the Trump-Biden debate,” my husband said with a twinkle in his eyes.

I could hear my son’s spirit laughing and let out a chuckle.

Side by side, they sat on our couch eating pizza. They bantered back and forth about the state of our country. And when the evening ended, they shook hands over the steak dinner one of them would have to buy the other when their candidate lost the election.

My husband eventually collected on that dinner, but Sheriff Joe still brought his daughter to our home six months later to celebrate our son’s life with us and other close friends and family.  When COVID shut down our world, Sheriff Joe moved out of state, but he and my husband still connect remotely from time to time.

This act of connecting with others, during the best and worst times, is what matters. Soccer showed us that. It is a game of give and take.  When played the right way, so is life.  Practicing these fundamentals is inspiring. It’s uniting. And it makes us better.

If we want to improve at navigating life, perhaps we should all start playing soccer.

Nikki Mark has developed and supervised special projects for LA-based start-up companies, including sbe Hospitality Group and The Los Angeles Football Club. She is currently the Founder and President of the TM23 Foundation and self-published author of childrens’ books, Mommy Brings Home the Bacon, Mommy’s Got a Bun in the Oven and MightyMom. To learn more, click here.