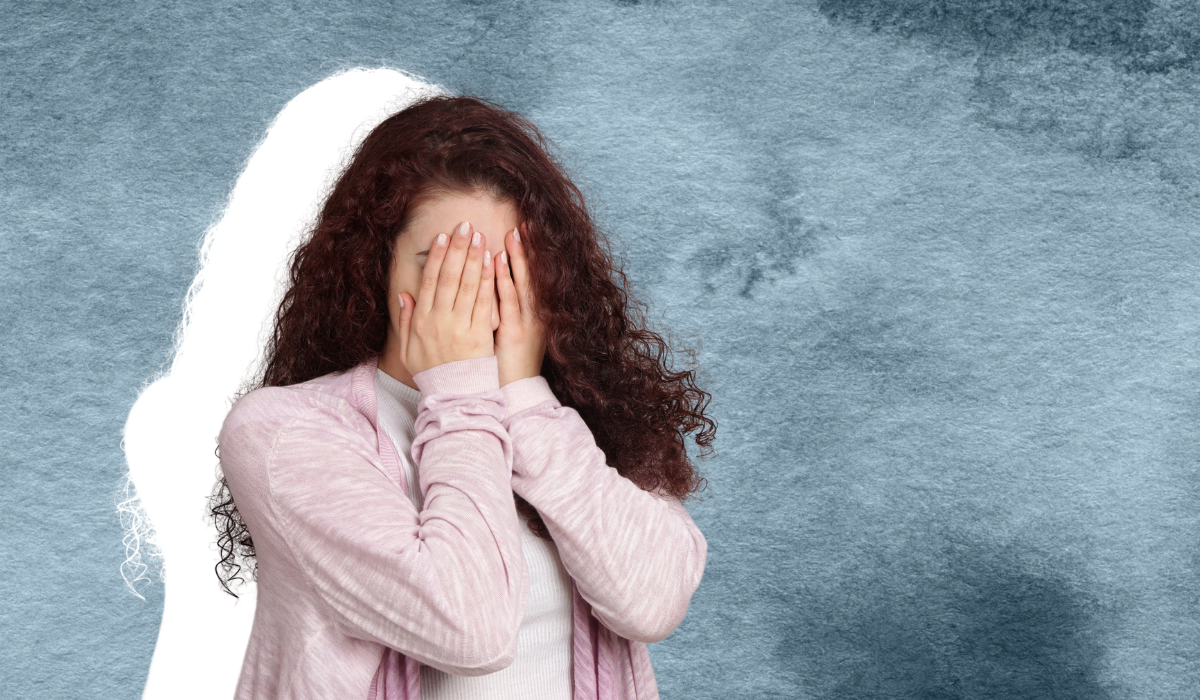 When's the Last Time You Felt Embarrassed? Here’s Why Embracing That Moment Can Change Your Life

By Matthew Quick November 05, 2022
Voices Above the Noise

“One does not become enlightened by imagining figures of light, but by making the darkness conscious.”

In ninth grade, I was picked to be a Blue-And-Gold Night captain. The whole junior high was divided into two teams, which—in front of cheering parents—competed in various athletic events. I don’t recall whether I was on team Blue or Gold. But I do remember leading my team out of the locker room and then making a beeline for the water fountain, in which I threw up, in front of the entire town of Oaklyn, New Jersey. Somehow, I found the courage to head back out onto the basketball court and resume my captain duties, but I spent the night pretending to be two things I wasn’t—confident and mentally well.

Afterward—even though none of my classmates asked for an explanation—I insisted that I had eaten something bad for dinner.

Finally, one of them met my eye and said, “You were anxious. It was nerves.”

But the truth was I hadn’t eaten anything that night.

I didn’t realize it at the time, but my young friends had correctly diagnosed me with an anxiety disorder that would plague me for the next three decades, during which I continued to pretend that maybe I had just eaten something rotten, or hadn’t gotten enough sleep, or—and worst of all—that other people weren’t treating me fairly.

I had a pretty serious breakdown at the end of college. I fell apart in front of my student teaching adviser and sobbed uncontrollably for a good ten minutes. There had been a triggering event, but it really wasn’t about the triggering event. It was a much-needed release. The tension I had been holding in for twenty-two years just came out. I remember my advisor nervously patting me on the back and giving me a tissue, but I don’t remember her nor anyone else suggesting that I get professional help. I had done well during my student teaching. I’m pretty sure I got an A, even though I used straight gin as a sleep aid throughout the whole ordeal. I told only my girlfriend—now my wife—about the breakdown, but we didn’t talk much about it, because I didn’t want to. Boys don’t cry. And I was a man.

Drinking alcohol was socially acceptable, so I did a lot of that over the next two decades. It worked! I always felt remarkably less anxious with a few drinks in me. I loved drinking. And people didn’t mind all that much when I was drunk, so I got drunk as often as I possibly could. Drunkenness was my number one weapon in the fight against anxiety. But my body turned against me in my early forties.

When the in-shape and youthfully handsome doctor told me that I had both dangerously high blood pressure and gout, I immediately decided that I needed to drink less and get in shape. Just kidding. I took the drugs he gave me and kept drinking, the combination of which made me even more anxious and ultimately seriously depressed. I tried a few different kinds of pills before I very slowly—over a few years—started to get my eating and drinking under control.

I began running and lost a lot of weight.

Finally, I went pescatarian and stopped drinking all together.

The doctor’s blood pressure pills were no longer necessary.

And that was when decades of emotional pain—which alcohol had kept me from feeling—bubbled up and took me to new lows.

I suffered on my own for a few more years before I finally broke down and—after forty-six years of white-knuckling it—entered into Jungian analysis. My analyst did many things with and for me, but mostly he took what I was hiding in darkness and brought it out into the light.

I was recently reading Richard Rohr’s wise book Falling Upward when I came across these lines: “I have prayed for years for one good humiliation a day, and then I must watch my reaction to it. In my position, I have no other way of spotting both my well-denied shadow self and my idealized persona.”

Much of my anxiety disorder is generated by an intense need to avoid humiliation—playing a perfect fictional character—which ironically led to a great need to drink away the shame of the lie. But through analysis, I have learned there is much we can exhume from the shame-filled experiences of our lives, or as Jung says, “Making the darkness conscious.” And that’s exactly what my classmates were trying to do for me in the locker room after Blue and Gold night—help me to face the truth.

Sometimes I’m tempted to get retroactively angry with all of the many people who colluded with my efforts to keep my truths hidden in shadow. But then I remember that for most of my life I didn’t know what an effective tool light could be, so why should I expect others to know? We have to tell them, the best part of me answers.

Were you taught how to navigate emotional vulnerability? When I was young, many adults modeled repression and suppression for me. But fear and vulnerability are parts of the human experience. When we share those feelings, we allow others to do the same. And when we show up for each other as whole human beings, we increase everyone’s ability to connect and find meaning.

Now, whenever I share the most embarrassing moments of my life, I’m shocked by the typical response, which is almost never mockery, but most often acceptance and love.

I’m still in analysis. I’m still mining my own personal darkness. It’s the work of a lifetime. And I still do get anxious occasionally.

But I haven’t thrown up in a water fountain lately. I haven’t broken down sobbing in front of anyone (not that there is anything wrong with crying, which I do all the time while writing). I haven’t had a drink since June 8, 2018. And I know now that the darkness is a door to the light within.

Based on Matthew Quick’s new novel, WE ARE THE LIGHT (Avid Reader Press, on sale 11.1.22

Matthew Quick is the New York Times bestselling author of The Silver Linings Playbook, which was made into an Oscar-winning film; The Good Luck of Right Now; Love May Fail; The Reason You’re Alive; and four young adult novels. His work has been translated into more than thirty languages, received a PEN/Hemingway Award Honorable Mention, was a Los Angeles Times Book Prize finalist, a New York Times Book Review Editors’ Choice, and more. The Hollywood Reporter has named him one of Hollywood’s 25 Most Powerful Authors. Matthew lives with his wife, the novelist Alicia Bessette, on North Carolina’s Outer Banks. Visit matthewquick.com.

Question from the editor: When's the last time you felt embarrassed? If you feel called to share, we'd love to hear how that moment actually helped you feel more connected to others?