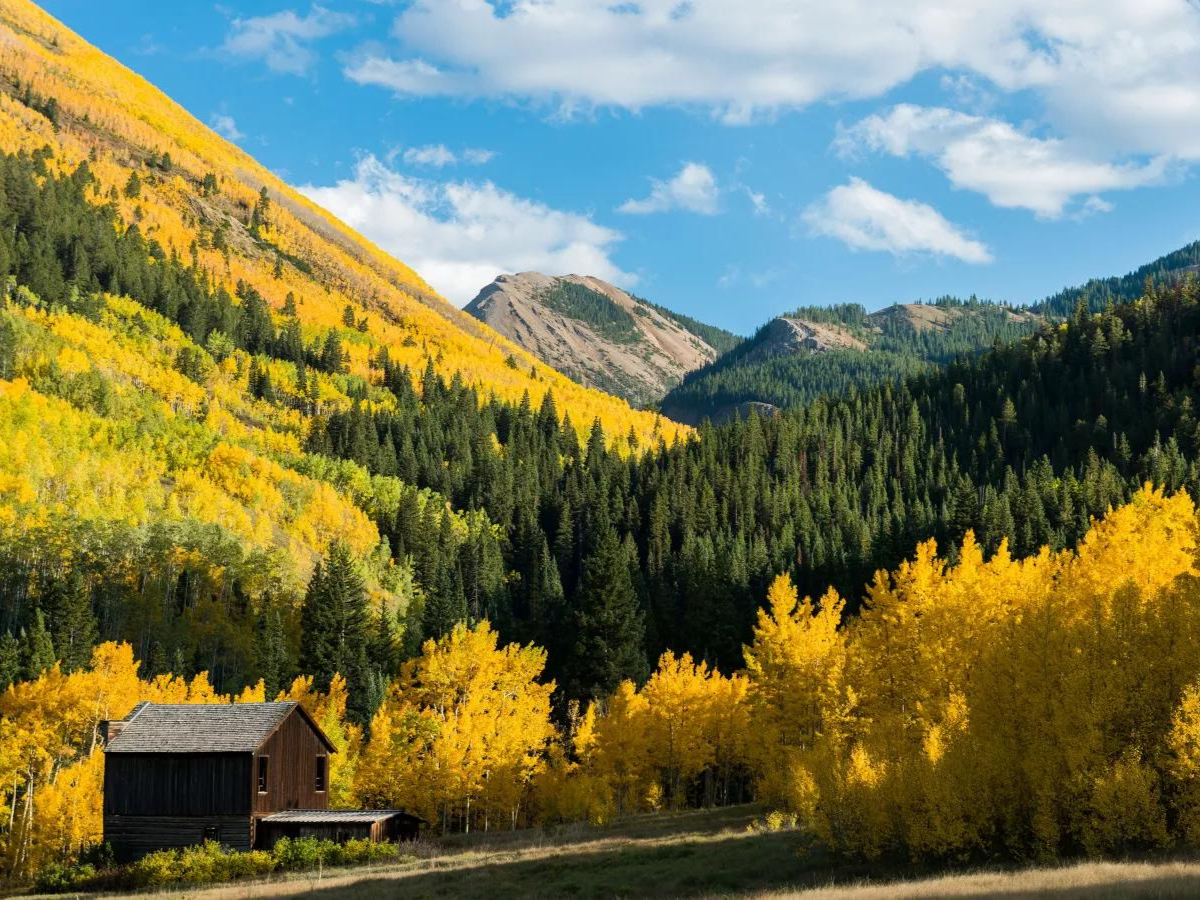 Your Story Can Make a Difference

Life is a series of journeys, experiences, and encounters. That is why over the last few weeks, I’ve tried to take you above the clouds and down the Pacific Coast Highway as I’ve shared details about a few of my recent trips. Along the way, I’ve tried to share lessons I’ve learned from my travels about the power of kindness, the power of community, and the power of friendship. I’ve also written about the ego and its fight with the soul.

So this Sunday, I thought I would share with you my latest road trip, which was to a conference on patriotism in Aspen, Colorado.

First, let me set the stage. Everywhere I looked when I was there, it was as if nature was saying to me, “Hey, aren’t I something?” The trees were varying shades of yellow and green. The river danced and sparkled in the sunlight. Clouds covered the sky and poured down with rain, which was actually beautiful. I felt the rain as it bounced off my face, and I listened as it made noises on the dirt road.

In fact, I did a lot of listening on this trip. I listened to Gordy, a Navy seal patriot, talk about his service to his country and why he believes patriotism must involve sacrifice. I listened to Steve, who has devoted his life to politics, talk about the Constitution and the Federalist Papers. I listened as he read the letter Thomas Payne wrote to George Washington, and I thought about his comment that we must be brave enough to not only know what patriotism is, but that we must be brave enough to call out what it isn’t.

I also listened to Robin, a public defender of more than 40 years, talk about patriotism as equal justice under the law. Meanwhile, a love coach named Franny said patriotism was about love of country and love of others. My friend Simon, who organized this gathering, said that patriotism didn’t belong to one party more than another. It is, he said, the duty of all of us to know what patriotism is and isn’t and to use our platforms to talk about civics, ethics, duty, and sacrifice to the country.

Simon reminded the room that so many have sacrificed for us to stand where we are today. It was a trip and a discussion that inspired me and made me grateful once again to call myself an American and to commit myself to serving my country in whatever way I can. That includes making sure I vote and making sure those who work for me get paid time off to vote. It includes making sure I pay my fair share of taxes, and it includes volunteering and serving in ways that can support the state and country I love.

As the week came to a close, I found myself thinking deeply about something else after I read a quote from the legendary country singer Loretta Lynn, who died this past week. The quote really tugged at me and took my heart on its own road trip of sorts.

Damn, I thought. That’s so true! Even though I’m not a songwriter, I am a writer, a poet, and storyteller, so I relate to what she said. Whether you are writing music, poetry, a journal, or a weekly column like this one, the act of writing can allow you to get in touch with your pain. And the more you are willing to get in touch with your pain and allow yourself to be vulnerable, the more your words can pierce or inspire another person’s soul.

Words can move, inspire, or change a person’s life, of that I am certain. I say this to you because I think so often we believe we have to do something grand to ignite change. After sitting and listening to people at the conference share their stories— from a Navy seal talking about risking his life in Afghanistan to a police chief named Joe talking about policing in our country today—I understood how a person can feel small and question their purpose or commitment to making the world better. I thought a lot about bravery, patriotism, sacrifice, and the willingness to live out one’s truth.

We can’t all be Navy seals, police chiefs, or chiefs of staff (like Jen, who held the line on January 6th inside our nation’s Capital), but we can all serve in whatever way we can. In fact, I would argue that Loretta Lynn served humanity by being willing to stand up for women in her music and by sharing her pain so that others would know they were not alone in theirs. You have that power as well. You have a story and you can tell it. Your story can change another person’s life if you are brave enough to share it.

Ultimately, I feel like I am serving by telling stories: mine, yours, and ours. Stories are what change the world. Our country’s story is by no means perfect. No story is, but that’s the beauty of it. Loyalty to country and loyalty to self don’t involve perfection, but they do involve a willingness to confront what was and what is. They require us all to sacrifice and to be willing to change, grow, and evolve.

Dear God, help me remember that my story is uniquely my own and worth sharing. My journey of changing, growing, and evolving can move humanity forward in its own way. It can change the life of others. Amen.