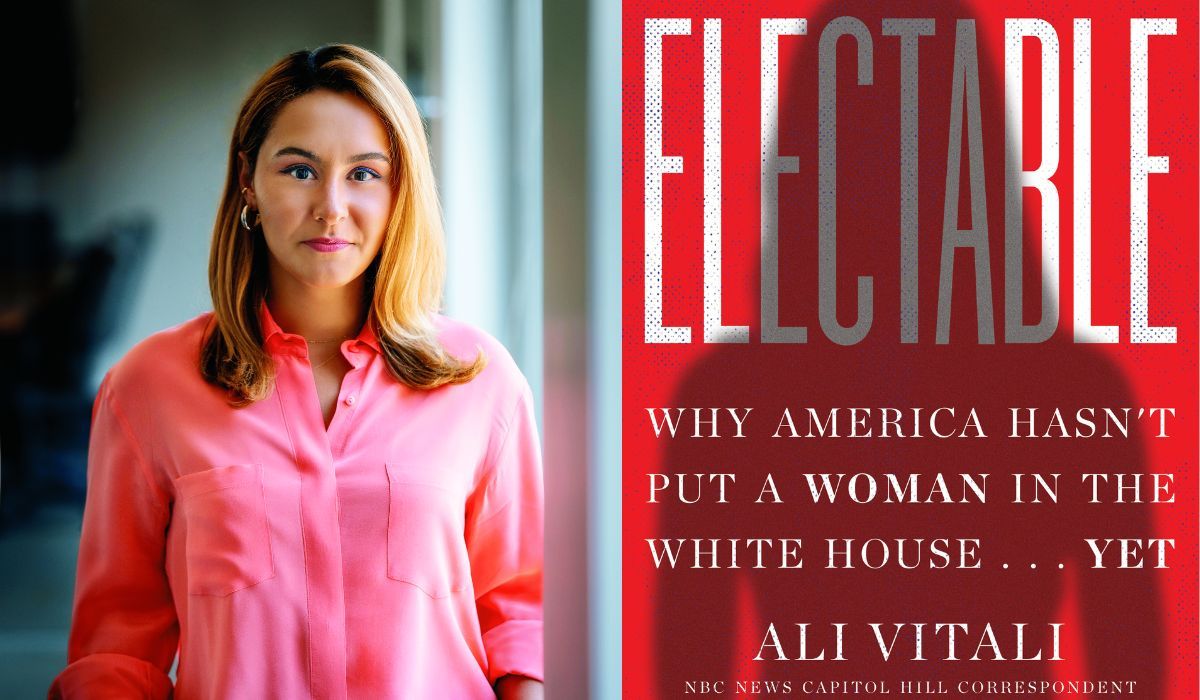 What Will It Take To Break the Single Dumbest Losing Streak in Politics? A Campaign Trail Reporter on What Each of Us Can Do To Help Elect a Female President

By Ali Vitali September 15, 2022
Voices Above the Noise

I don’t want to alarm you, but there are already people running for president in 2024. And there’s kind of a lot of them.

Republicans, with their sort-of open (unless Trump runs) field, are fanning out across the country, seeking to make early friends with important party figures in key primary states and bolstering their credentials with the conservative faithful.

Democrats, anxiously awaiting the possibility that their field also opens should Biden decline to run again, are quietly assessing what the 2024 list of hopefuls could look like. Harris and Buttigieg, sure, but there are more Dems with their eyes on the Oval—including those who have run before, now older, wiser, and looking to give it another go.

It tees up the 2022 midterms but also the 2024 presidential race that will feature more women, more prominently.

The ceiling will not be broken in one shot. It will be chipped away at bit by bit, shattered crack by crack. The revolution will be televised in marches and strong campaigns and excellent debates. It’ll look like voters going to the ballot box and just voting for the person they think will be best, without fear that their neighbors won’t vote for that candidate too because of some subconscious electability bias. It will be based on women running in all the ideological lanes, from different parts of government (or outside of it!), with three of them campaigning on a Saturday across Iowa and reporters not even batting an eye.

This is what change looks like. It’s evolving in real time and has already gone through multiple iterations—the election of Trump, the #MeToo movement, and two subsequent “years of the woman” in electoral politics, most recently—but it’s a fight that’s been brewing for more than one hundred years.

Even culture has caught up. More women are showcased in roles of power—both in the workplace and in made-for-TV White Houses. More women, albeit in small numbers at first, have been elected to serve in Congress. Women started running for president. Pop culture and social norms quickened the normalization of women not as ancillary players, but as central decision-makers capable of wielding power. Getting comfortable with that was critical to getting us to where we are now, and where we will take it from here.

So, what’s it going to take to break the single dumbest losing streak in politics and finally elect a female president?

We must continue to learn to buck the gender biases that often tilt against women.

Americans have had to reconstruct their expectations of officeholders and executives, amending their view of roles that had always been hypermasculine in presentation to accept the new, but not less powerful, ways that women lead. It’s a slow, exhausting process, especially when we see backsliding in moments where we expected change. But even setbacks put bricks in the road to progress. There are more there now after 2020 that will further level the field for 2024.

We must elect more women to be governor, mayor, House Representative and Senator.

While none of the gains in governorships or mayoralties or Senate and House races solve the direct question of how or when the U.S. will elect a female president, they’re all part of the eventual solution. Executive leadership roles beget executive leadership experience begets . . . the highest executive office of all.

We must look around the globe and see the possibilities.

England has been showing us for years. Through monarchy, sure. God Save the Queen. But also, and more relevantly, through female prime ministers who have risen within the ranks of their parties and been elected as leaders. And during the first year of the COVID pandemic, female leaders across Europe and Asia drew global attention. Angela Merkel in Germany, Mette

Frederiksen in Denmark, Taiwan’s Tsai Ing-wen, Jacinda Ardern in New Zealand, and Finland’s Sanna Marin were all praised for their initial responses. Articles asked why female-led countries seemed to be doing better with COVID and studies answered that, in fact, they were. Data from the first six months of the pandemic showed countries with female leaders had lower COVID death rates than those run by men. Women locked down earlier and reacted more quickly, studies found.

Newsrooms must do their part in challenging assumptions and biases around female candidates and candidates of color.

For reporters, myself included, who will spend their days speeding too fast down Iowa highways to catch as many candidate events as they can while surviving on oat milk lattes, we must reframe. Most of the politicians we’ll spend time with are spinning, and it’s our job to call them out and cut through the noise. But it’s also okay to allow that they might be real people with real dreams for this country. Both things can be true and we, as complex journalists with diverse lived histories ourselves, are allowed to showcase both the human and the political side to running for president—male and female. That doesn’t make us less skeptical, less interested in the truth, less able to hold lawmakers to account; it allows us to give our audiences 360-degree views of the people they may vote for.

We must get comfortable calling out the sexism of women being seen as “shrill.”

Have you ever asked the question, “Can a woman win?” The presumption in that question is that they can’t, when really, we just have no idea if they can yet. If you’re not sure, please check yourself.

As candidate pools become more diverse, many white women, me included, must unlearn some of the whitewashed feminism we’ve been taught and instead elevate, not speak for, our Black and brown sisters, colleagues, and friends.

We must flatten the political playing field, built on merits. Because really, that’s all this is about. It’s the job of the candidates to run, but it’s on us to ensure the track is uniformly flat for all of them.

Because these female presidential candidates will eventually be electable. They’ll win—because women do when they run—and they’ll inspire an entire generation of women to run in greater numbers after them. The immediate goal will be to be first, and then we should hope for the woman who comes second, and third, and fourth.

But I can tell you she’s coming. With all the progress we’ve made, she has to be.

Excerpt adapted from Electable: Why America Hasn't Put a Woman in the White House...Yet by Ali Vitali, published by Dey Street Books.

ALI VITALI is a Capitol Hill Correspondent for NBC News. She covered the 2016 and 2020 presidential contests from primary to inauguration—on the ground and with the candidates—as well as the 2018 and 2022 midterms, from across the country and in the nation’s capital. She is @alivitali on both Twitter and Instagram. 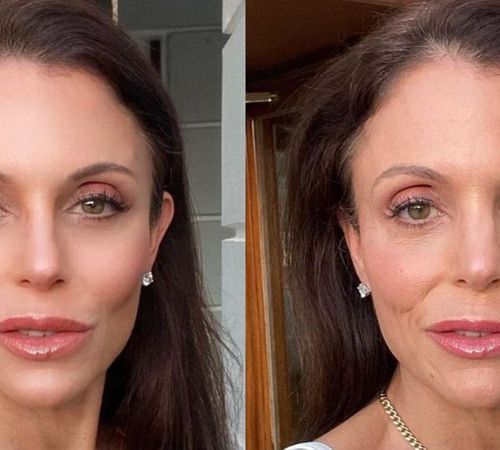 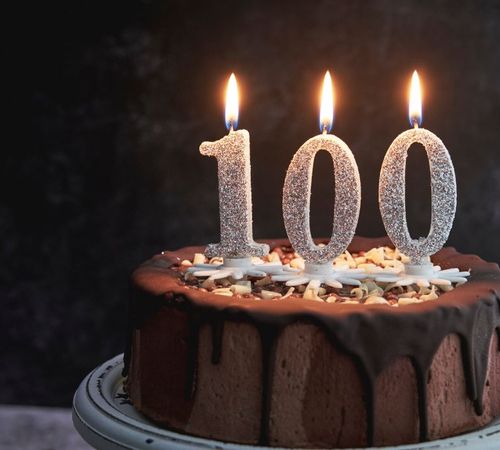 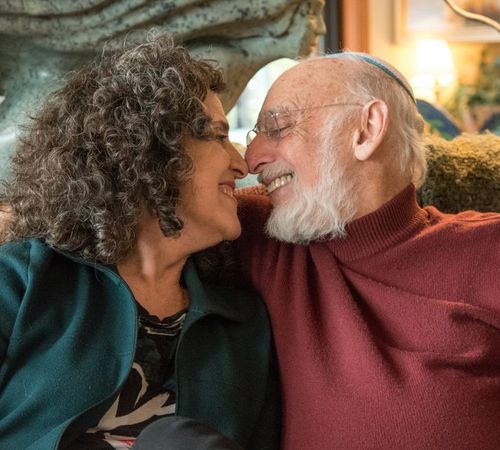