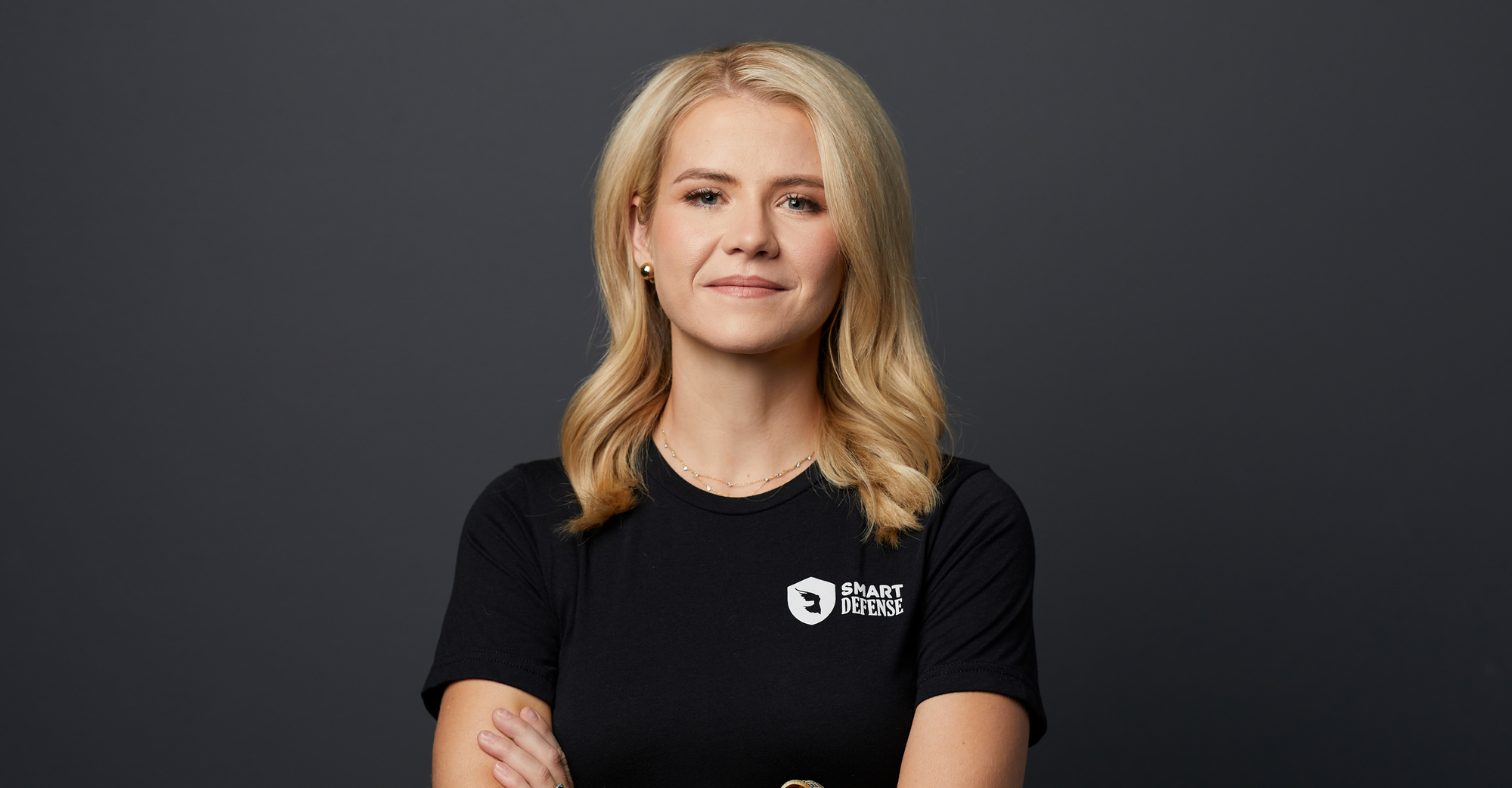 Elizabeth Smart’s Hope and Activism Lives On—and She’s Offering the Kind of Inspiration We All Need Right Now. Here’s How She Transformed Her Pain into Purpose

By Meghan Rabbitt March 31, 2022
Voices Above the Noise

On June 5, 2002, 14-year-old Elizabeth Smart was abducted from her bedroom in her family’s Salt Lake City house. In the nine months Smart was held captive, she was tortured and raped daily. Thanks to an episode of “America’s Most Wanted,” witnesses recognized Smart on the street in Sandy, Utah, and she was rescued—news that made national headlines.

“Countless people have come up to me and said, ‘I only remember exactly where I was a few times in my life: The first was when JFK was shot, the second was when 9/11 happened, and the third was the day you were found,’” Smart says.

Now, nearly 20 years after she was abducted, Smart is an advocate for survivors of kidnapping and sexual abuse, an activist who supports sexual predator legislation, and a busy, happy mom. How, considering everything she went through, is she able to be a force for good in this world?

“There will always be some people who look at me as the girl who was kidnapped,” says Smart. “But when I look in the mirror, I see me. I see a mom—usually with no makeup, sweaty hair, and crumbs covering my body. I see someone who, despite being terrible at it, keeps trying to bake! I see someone who cares, and who wants to make a difference. I see someone who I love.”

A CONVERSATION WITH ELIZABETH SMART

You are an incredible advocate for victims of sexual violence, and your foundation is committed to combatting sexual violence and child exploitation. Can you tell me a little about the work you’re doing, and what you hope to accomplish?

When I was growing up, my Dad was always big on service. He always said, “What does your life amount to? What service are you giving to the world.” Very soon after I was rescued, I heard my dad on the phone lobbying for the AMBER Alert. He asked me if I thought that legislation was a good idea; and I said, “Well, yes.” And he asked me, “Do you have any interest in coming to DC with me, and in speaking to legislators and people who can help influence this?” And I did want to go. I remember thinking that nobody should go through what I went through.

At first, it was me holding my dad’s hand as he fought the battles and I watched. As time went on, I was approached by more and more survivors who shared their stories of sexual violence and kidnapping. These crimes are so isolating for victims; it’s very hard for survivors to come forward and share their stories publicly. There’s often a lot of shame when you’re a victim of these crimes, and you think there’s just no way anyone can understand what you went through. I can’t go to the grocery store without someone stopping me and sharing their story. Sexual violence is so common, and yet it still feels so isolating.

Many people look at you and see a woman who took the worst thing that happened to her and turned it into incredibly impactful work. How do you think you were able to do this?

I’ve given a lot of thought to this question, and when I tried to boil it down as best I could, I realized the key for me is that I always felt believed, supported, and loved.

Through the Elizabeth Smart Foundation, we built a whole campaign around this notion and called it our We Believe You campaign. It’s aimed at survivors, to help them know they’re not alone, and also to the family, friends, and other support system of these survivors—an effort to help them understand how to best help their loved one.

Far too often, I have someone approach me and say, “I went through something similar to you, but nothing in comparison!” But we don’t compare! Because I was kidnapped, raped, and abused by a stranger, I actually feel lucky. I can’t imagine how horrific, and difficult, and impossible it would be to get out of bed and survive every day if it was someone hurting me who was supposed to love and protect me.

In my case, I also saw some degree of justice—much more than the vast majority of victims will ever see. One of them will never be out of prison; the other served her term. How many victims out there haven’t had a taste of that? How many are scared to go home from school, or terrified when their parents leave and the babysitter comes over? What an impossible situation.

It’s important to understand the first thing we should do for every survivor is to believe them. Then, support them. Help them feel like they’re not alone. Make yourself available. And don’t start a question with, “Why didn’t you …?” What matters is they survived. There are too many victims who don’t.

When you meet people who’ve been sexually abused, what do you notice about those who have found a way to carry on? Is there a theme that emerges?

I think it all boils down to hope. Whether a belief, a love, or something inside you telling you there’s still goodness out there, it helps to have something that gives you hope. I find those survivors typically tend to go on an upward trend towards a better life.

Those victims who struggle often feel like there’s nothing left—that there’s no hope or goodness left in this world, or they hate themselves or don’t have love in their lives.

I think I am a pretty optimistic person. I’m always like, I’m going to hope for this and prepare for that, so if that happens I’ll be ready. Also, I think my family did a wonderful job trying to shield me as much as they could after I got back; they allowed me the freedom to make my own choices. I think that was really huge for me—that and knowing they would support me in my decisions.

Knowing my family hadn’t given up on me meant I didn’t give up on me. And as I got older that support spread—my church, my community. Even to this day, feeling believed and supported and loved has made all the difference.

You’ve partnered with the Malouf Foundation to host a summit aimed at helping victims of sexual abuse. Tell us a little more about the summit, and what you hope to accomplish.

This will be our second summit, held on April 22 at the Utah Museum of Contemporary Art and it will be livestreamed for those who can’t make it in person. We hope to build a place for education and collaboration. If there’s anything I know or have learned it is that education is key. You don’t know what you don’t know. You can’t make a difference until you become educated.

For example, I’ll be on a panel this year with Dr. Rebecca Bailey, educating people about natural instincts. We’ve all heard of fight, flight, and freeze. Yet most people haven’t heard of appease. In the moment I was kidnapped, I made up my mind that I was going to survive, and the way that was going to happen was through appeasement. From the outside, it might look like I was complicit; but that’s not what it was. That was me surviving. We need to educate more people about these reactions, so survivors understand you’re never wrong in reacting however you naturally react.

We have so many survivors who’ll be sharing their stories at the summit. It’s a sacred trust to be able to listen to survivors share their stories. Nobody likes being vulnerable. It’s scary. It opens you up to judgment or criticism. And if you’re going back down the worst road of your life, it can be painful. To have these incredible individuals come and share what they learned and what made a difference in their recovery is truly a sacred trust and an honor.

What’s your best advice for others about how to transform personal pain into something positive? How do you go about starting to find the strength, courage, and commitment to doing that?

First, I know it sounds cliché but I’ll say it anyway: Remember that you’re special. If you sit and think about it, there’s only one you in the entire world out of how many billions of us? There’s only one you. Only you can offer what you have; nobody else can offer the same thing. That’s pretty amazing.

You were born with value. You were born with worth. There isn’t anything that anyone or anything can do to take that value away. Nobody can hurt you so much that you’re not valuable. No illness can take away your value in this world. Whatever it is that’s happened, it doesn’t make you any less worthy or valuable than you were.

I’m not perfect! I’ve got plenty of flaws. But I see someone who I love and care about and who I believe is doing her best. I see someone I don’t want to disappoint.

I just wish everyone could see how special they are, how valuable they are, and how ultimately, what defines who we are is what we do next.

The abduction of Elizabeth Smart was one of the most followed child abduction cases of our time. Elizabeth was abducted from her home at the age of 14 on the night of June 5, 2002. For the next nine months, her captors controlled her by threatening to kill her and her family if she tried to escape. Through this traumatic experience, Elizabeth has become an advocate for change related to child abduction, recovery programs, and national legislation. Elizabeth has helped promote the international AMBER Alert system, the Adam Walsh Child Protection & Safety Act, and other safety legislation to help prevent abductions. She is the founder and president of the Elizabeth Smart Foundation. You can register to livestream the upcoming Malouf Foundation Summit here.