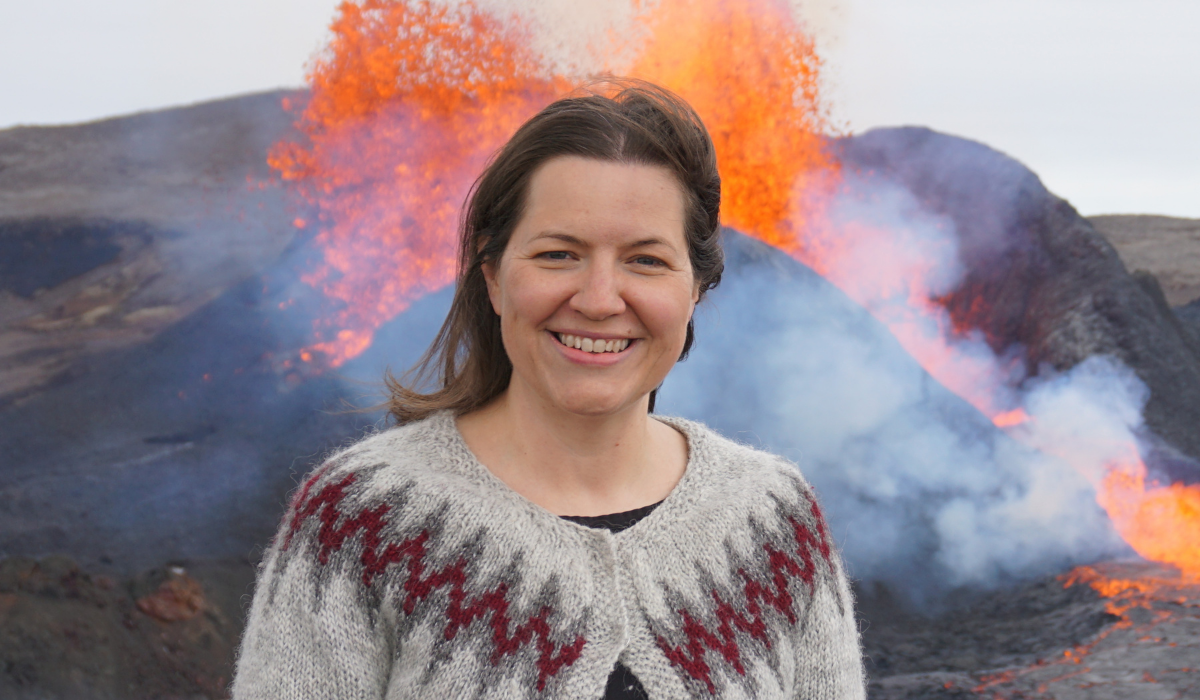 By Stacey Lindsay July 09, 2022
Voices Above the Noise

For twelve years, Iceland has been number one on the World Economic Forum’s list of top countries for women’s rights. The nation reveres universal childcare, shared parental leave, and inclusive leadership. It boasts a woman Prime Minister, the highest level of female participation in the workforce, and a Parliament with nearly 48 percent of its seats held by women. Iceland is, by all accounts, a remarkably progressive and inclusive country—a fact its First Lady, Eliza Reid, writes about in her new (and first) book, The Secrets of the Sprakkar: Iceland’s Extraordinary Women and How They Are Changing the World.

As the title suggests, the Sprakkar, which means “outstanding women,” are paramount behind Iceland’s success. Reid, a Canadian-born writer who’s been Iceland’s First Lady since 2016, highlights dozens of the nation’s Sprakkar, weaving in their candid anecdotes on a wide range of critical topics. The pages are insightful and encouraging. But what’s so compelling about this book isn’t merely the stories (albeit the women are fascinating, holding vocations that range from sea captains to knitters to rescue workers). It’s also the raw fact that the fabric of an inclusive, kind society leans on how its people see and lift its women (and people of all orientations). As Reid tells me over video chat, the question in Iceland isn’t should women have equality. It’s how?

“This isn’t some unique formula that we have in Iceland that nobody else can do. There are outstanding women everywhere in the world,” Reid says. “And what we need to do is help to elevate them to use their voices and to encourage all people to work for positive change.”

The Secrets of the Sprakkar proves that ambition, inclusivity, success, and equity can all co-exist. This happens when people are seen for who they are instead of their gender or sexual orientation.

A Conversation with Eliza Reid

You write about your early days in Iceland when you first came to the country in 2003. You landed a job at a software company where during a meeting you witnessed the Board’s chair, a woman, breastfeeding her baby. No one “batted an eye,” you wrote. What did that reveal to you at the time about equality?

It’s a moment that occurred almost 20 years ago now. I was in my twenties. I didn’t have any kids yet, and that wasn’t immediately on my horizon. Yet it still stuck in my mind because it was something that I think anybody who's grown up in many other countries would find remarkable, yet no one would find it remarkable in Iceland. It showed me, although I may not have articulated this at the time, that Iceland is a leader in gender equality. I don’t think I was thinking of things in that context at the time, but it was such a visual representation of combining our roles as mothers and our workplace commitments without any problems. No one said women can “have it all” in Iceland, but it did imply to me that maybe somehow it might be a little easier to aim for that here.

This book spans a great length of time, and it covers your continued work for greater equity and equality. This includes your advocacy for trans rights, gay rights, people of all races, inclusive family care. Today, how do you define a country that is equal?

No country is there yet, obviously. And a great many countries don't have that [equality] as an ambition. I hope that in Iceland, we do have that as an ambition—and that has to do with equal opportunities and support. Offering all the opportunities to fulfill one's dreams in an equal way. The advantage for us in Iceland, when it comes to gender equality, is that we passed the tipping point of debating if we should be striving for this and if we should we be aiming for this and trying to justify to people why that might be important. Instead, we’re debating how we’re going to do it. Should the government invest more in longer childcare or better tax rebates? Which policies would you prioritize? Nobody is saying we shouldn't support fathers to be actively involved at home and mothers to return to work. It’s how [we encourage them to do that]. This helps us really focus our energies.

The message, as well, is that working towards greater equitability is not a zero-sum game. It’s not the responsibility of the group that needs to elevate itself more, to be consistently the ones who are fighting for everything. Equality is something that is going to benefit everybody in society. Societies that are more gender equal are more peaceful and longer living and happier for people of all genders. In Iceland, we see this less as a women's issue or something that one group of people is fighting for. It's about elevating everybody, so the playing field is leveled for everybody.

This is an approach I hope and feel the United States is taking and learning from. When morale of all is boosted, the country does better—everybody does better. What do you hope people take away from the book?

The pot of money a government can spend is always limited in some way. You can raise taxes and get more money in certain ways, but there isn't a limitless amount of money to spend on something. One needs to take a holistic approach, and say we are spending more money investing in childcare that is affordable for everybody, but that means that X more number of people go into the workplace and get jobs and pay their taxes and end up putting more money into the system than the system spent to get them back to work in the first place. But most people aren't lawmakers, and other than exercising their right to vote, most people are not going to be making those policy changes directly. So I hope that the stories of the women that I speak to in the book can serve individual inspiration for how we can all be role models and how we can all live more equitable lives.

How can people—today, tomorrow, next week—do their part to help their society become more equitable and equal?

It’s living while wearing your equitability glasses all the time. Think about these three things to start:

#1 Am I listening to music by a diverse range of people?

#2 Am I reading books by a diverse range of voices?

#3 When I am creating a job advertisement for my company, am I creating that advertisement in a way that is appealing to people of all genders to apply for the job?

The idea is that we are all role models. You don’t have to be famous or the head of a company or the first to achieve something. We all have an influence on the people around us, whether that's our family or our coworkers or our fellow students, or those within our places of worship. How we interact and how we speak and also how we give—share the mic, as I would put it—to other people to help to elevate a lot of voices really has an impact.

You interviewed so many Sprakkar—a.k.a. outstanding women. Talk about how you found these incredible individuals.

It wasn’t hard to find them—and that shows you how many wonderful women there are out there. What was always important to me was that I wanted a really diverse range of voices and experiences. I wanted to include people of all ages. Non-binary people and cis people, straight people and queer people, people with disabilities and without, people of foreign origin, with varying levels of education or areas of the country where they are based. Many of them wouldn't call themselves feminists in any way. They're just living their lives in authentic ways. I didn't want to interview [for example] the singer Björk, perhaps the most famous female from Iceland, or the current Prime Minister, or our first female president, because I thought that's less relatable to people. People can relate to the new mom or to the small-town mayor or to the student council president.

How can we all do our part in elevating the strong women around us?

We must use our voices to elevate other people. I’m an optimist. We must be diligent and vigilant in not getting too complacent. We have to recognize many of us come from tremendous places of privilege. It’s important to recognize that, but we also still need to speak up about all kinds of injustices that we see. For example, once I wondered whether I should make a little statement about the fact that I wasn't included in a photo caption. In the grand scheme of equality, that's a teeny, tiny thing. But if I don’t say something about it, that will never change and women will never be mentioned. So it’s a matter of being constructive in thinking how we each can push for change in a positive and energizing and inspirational way.

Eliza Reid is the First Lady of Iceland and the co-founder of the Iceland Writers Retreat. You can follow her at @elizajeanreid on Instagram and @elizajreid on Twitter. Her book, Secrets of the Sprakkar, is out now.