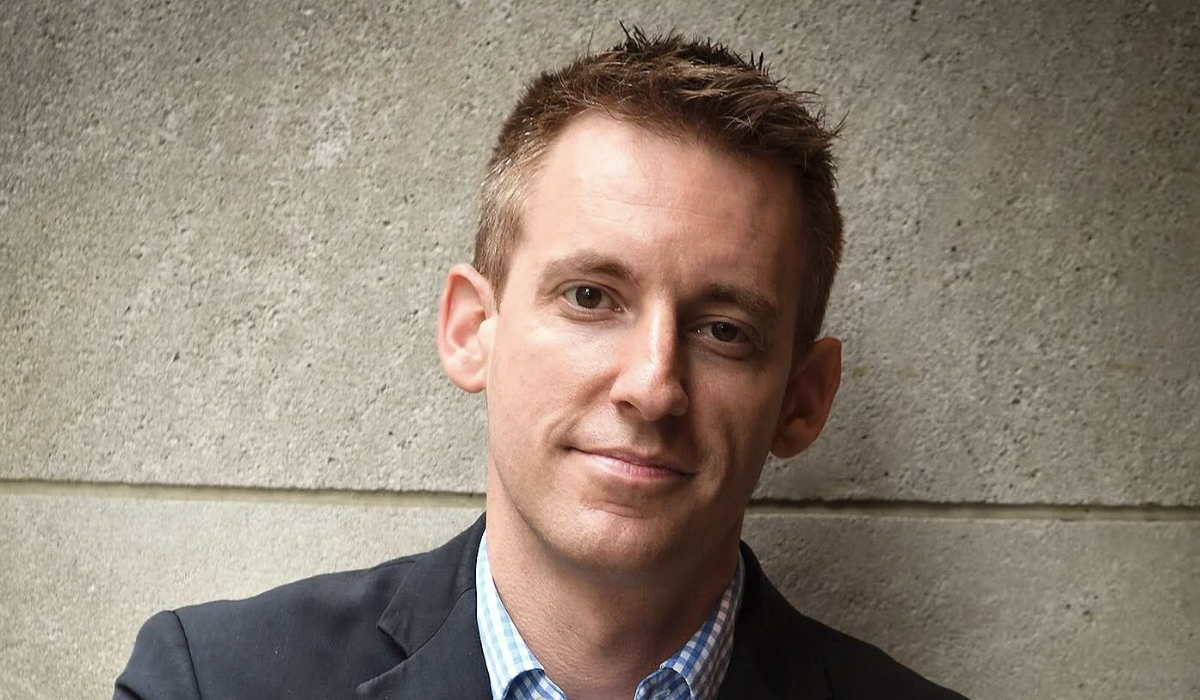 By Meghan Rabbitt July 02, 2022
Voices Above the Noise

A few years ago, Jason Kander found himself in Chelsea Handler’s backyard, staring out into a sea of famous people. He was in the early stages of running for President of the United States and knew he should have felt pure, unadulterated happiness. He was hanging with the cool kids. Even President Obama had hyped him as the hope for our country’s future.

Yet despite his meteoric rise to political fame, Kander was suffering. His service in Afghanistan as an intelligence officer had haunted him since he returned home 11 years prior. He suffered from PTSD, though wouldn’t admit to it because he didn’t believe he’d earned it. After all, Kander came back from Afghanistan alive and uninjured—unlike so many of his peers.

As his political prospects peaked, Kander’s mental health worsened. Finally seized by depression and suicidal thoughts, Kander removed himself from public life and sought help. In his new book, Invisible Storm, Kander writes about wrestling his personal demons and finally finding freedom from his PTSD. His hope is that someone else who’s struggling can see there’s good reason to make the journey towards healing.

A CONVERSATION WITH JASON KANDER

Q: You were seriously considering a run for president when you swerved, so to speak, and decided not to go into politics. Can you take me into the moment you realized you had to withdraw from the race?

I had been struggling with PTSD symptoms for years, and they were getting worse. I was exhausted, and I’d successfully distracted myself and convinced myself it wasn’t PTSD. Then, I gave this huge speech in New Hampshire where I basically declared my candidacy for president. It went great. That performance high would usually last me until the next performance. But when that endorphin hit didn’t last more than 12 hours, I knew something was really wrong. But I wasn’t ready to face what was really going on.

So, I made a deal for myself: I’d run for mayor instead of president, thinking I could make a real difference, and I’d go to the VA and get help. The mayoral campaign was going great, but I didn’t go to the VA. And over the course of those months, I went from getting worse at the pace I’d been getting worse at for years to getting worse even faster. At that point, it had been 11 years of night terrors, feeling like my family and I were in danger all the time, feeling a certain level of anger combined with self-loathing all the time, and being unable to experience joy. I was really depressed. I had been depressed, but it was becoming much more pronounced. And that turned into suicidal ideation.

Even though the mayoral campaign was on track and I was going to win, I was frightened by how I was feeling. I knew I didn’t want to kill myself. So, I called the veteran’s crisis line.

The moment that really made the difference was the sound of the woman’s voice on the other end of the line. She told me I didn’t sound any different from anyone she’d talked to in that job. That finally convinced me that what I was dealing with was, in fact, PTSD. Then, I Googled PTSD in a way where I wasn’t trying to convince myself I didn’t have it, and it was like the search results were written about me specifically.

That night, I said to my wife: “It’s been 11 years since I got home from Afghanistan, and I had no idea I got hurt over there. I don’t want to do this anymore.”

Q: Why did you write The Invisible Storm? What is your goal in sharing your story?

If this book had existed 14 years ago when I came home, I think I would’ve gotten help then. Since that book doesn’t exist still—until mine comes out—I knew I needed to write it.

When I made the choice to get help at the VA and to step away from politics for a while, I also had a choice to make about whether to be public and why. I knew if I was public, it’d diminish my future political prospects. At the time, I believed it’d set fire to any political career I wanted one day. Ultimately what I decided was this: If I could be public about this and that prompts someone else, veteran or not, to go get help, that was a pretty big thing I could do in public service. And it’d be worth the potential sacrifice.

As it turns out, the response I’ve had from people for the last four years has overwhelmingly been one of support and encouragement. I’ve heard from thousands of people saying I’ve inspired them to get help. Others talk to me about what qualifies or discounts their trauma—and they sound much like how I sounded inside my head all those years.

Q: Why do you think you convinced yourself you didn’t have PTSD for so many years?

It wasn’t just because of the stigma. I didn’t have any examples I could point to in news, movies, or TV of people who’ve healed from PTSD. The depiction of PTSD in our culture sends the message that it’s a terminal diagnosis. It tends to be looked at as a personal and career terminal diagnosis.

When I started feeling better, I wondered aloud to my therapist about why I was getting better, and he brought out all these VA studies showing that if you commit to the homework and the therapy, the vast majority of people do get to a place where PTSD isn’t part of their life. Most people don’t realize that.

My initial public announcement of PTSD helped people feel seen. By telling people my story of how I got to post-traumatic growth, I can normalize that it’s a real thing. My hope is that it makes a lot more people realize it’s worth it to pursue treatment.

Q: How are you attempting to find freedom in your life now—from PTSD and in general?

I think that the way I used to order my life when I was running for office while struggling with PTSD in an undiagnosed and untreated way was to put a lot of effort into achieving external validation. I was getting to a point where I felt so little compassion for myself, and as a result, so little esteem for myself, that I craved external validation as an antiseptic to that.

This sense that I was ascending to the “cool kids table” was like a medicine that countered the constant refrain in my mind that I’m irredeemable because I didn’t spend enough time in Afghanistan, or that I have friends who got hurt and I didn’t.

When my therapist asked me about my goals for therapy, I told him I wanted the ability to be happy, to be present with my family, and to be able to do all of it without external validation. At the time, being happy seemed harder to attain than the presidency.

Freedom for me is the fact that I don’t define myself or my happiness based on what anybody else thinks of me outside my closest friends and family.

If you’d asked me five years ago, “Who are you?” I’d have said: “I’m a politician. I might be president one day.” Now? I say I’m a dad, husband, and little league coach who also plays on an over-30 wood bat baseball team. And I’m way happier with that second answer. I like that person a lot more. I feel more warmth toward that person than toward the one who might be president.

I spent a lot of my adult life after my deployment doing two things: 1. Feeling like what I’d done for my country was fully inadequate; 2. That I had to do certain things because of how many people did so much more than me. Now I understand that I’ve done quite a lot. America and I are square.

Another way I think about freedom now is really enjoying the present moment. When your mind is under a barrage of disruptive and unpleasant thoughts all the time, like mine was, it turns out it’s natural to think constantly about the future and plan your life many years in advance. Because being in the present is unbearable.

Now, I don’t know if I’ll run for office in the future. And that’s OK. I feel free because I don’t have to think about what I will do in the future.

Q: What is your hope for our country right now? How do you maintain optimism when everything feels so bleak?

I’ve spent a lot of my career in the public eye as being the young, up-and-coming guy. Now, at 41 years old, it’s funny to say, “When I talk to young people…” but the truth is, when I talk to younger Millennials or Gen Z, that fills me with hope. They’re aghast at this desperate effort to use the structure of our institutions to force us into the past and keep us from moving to the future. At some point, it’s just math—young people will have a lot of power from a voting perspective and they’ll be in positions of power.

How America’s future shakes out is going to take each of us asking what it means to be American. And I think the next generation wants to ask and answer that question. They care about people who are not like them. And that makes me feel better.