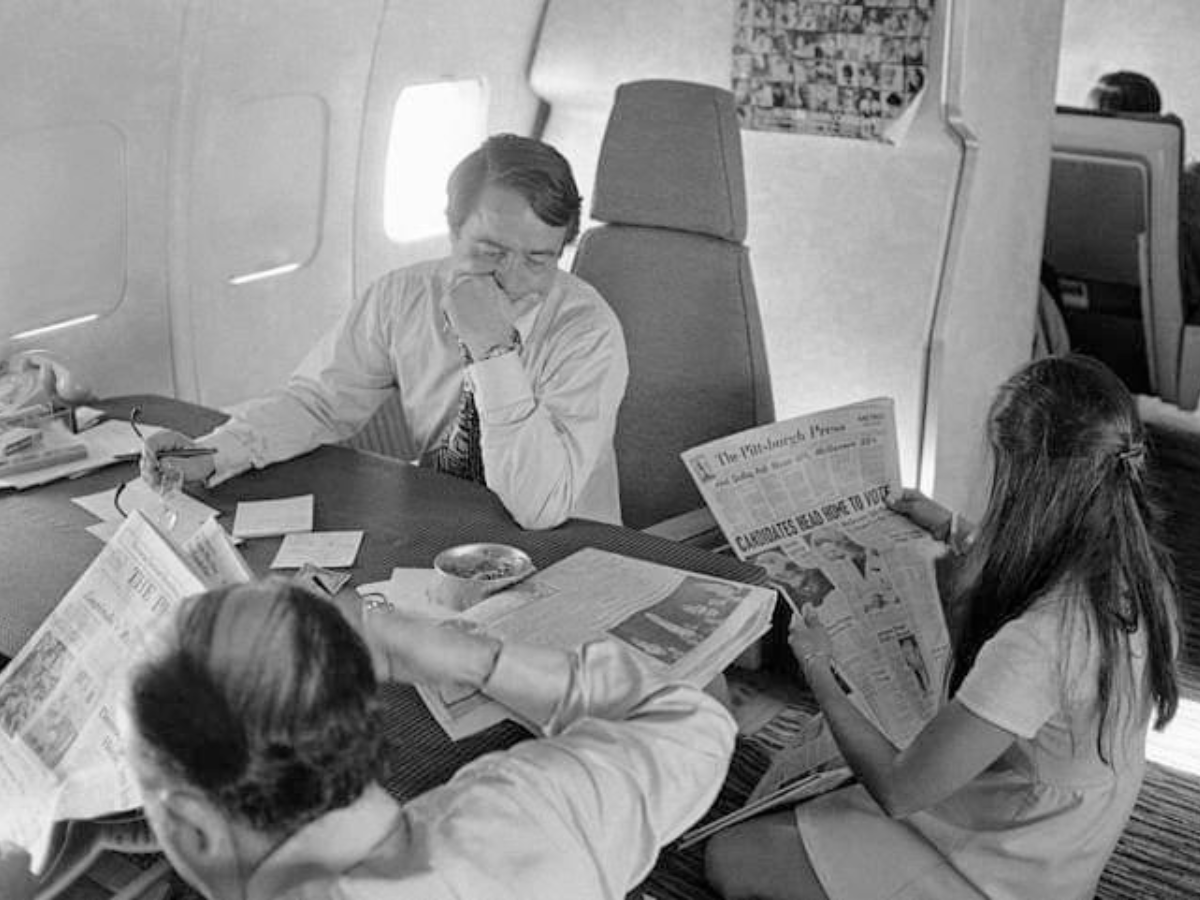 “As someone who was the Democratic nominee, I have the privilege right now to concede this race to J.D. Vance. Because the way this country operates is that you lose an election, you concede. You respect the will of the people.”

Ohio Senate candidate Tim Ryan’s demeanor and choice of words on election night blew me away. His speech was elegance in the face of defeat. It was class, strength, and an example of how to leave the stage better than when you took it.

This was a week when many people spoke in terms of victory and defeat, winners and losers. Someone won a $2 billion jackpot at a gas station in California and became a “winner” overnight in the eyes of the public. Others who garnered millions of votes and ran flawless campaigns, only to miss out on the office they sought, were deemed “losers“ just like that.

We, the public, assign labels to people that stick with them for days, decades, and maybe even forever. Think about how shortsighted that is. Think about how misguided that is. It’s a bit of a trigger for me, if I’m being honest. My father was the vice presidential nominee back in the ‘70s. The McGovern/Shriver ticket lost and then for the rest of his life, he was seen as a “loser” in many people’s eyes. Even though my father is no longer here, I can close my eyes and instantly take myself back to that stage on election night. I can feel the hurt, the anger, the shame, and the embarrassment on behalf of him, my family, and even myself.

I’ve spent a great deal of my adult life trying to unpack the notion of winners and losers and of what constitutes success. I’ve spent quite a bit of time unpacking the terms big and small, important and unimportant, visible and invisible. Here’s what I know to be true: Most of us have felt all of these things at different times in our lives. I know I have.

In fact, when I was at my retreat a year ago, I was deeply moved listening to grown men and women stand up and share how a parent, a coach, or a boss had described them as a loser and how that depiction had shaped their entire life. Here they were in their 30s, 40s, 50s, or 60s still trying to get out from underneath that label. Their struggle was heartbreaking, and their pain ran deep.

At the end of the day, I’ve learned that it’s our job to do the deep work of moving past those words and labels. We must throw them off of ourselves. It’s up to each of us to understand that feeling seen, worthy, and like a winner is within our individual power. Someone else may try to put those labels on us or make us feel a certain way, but we are capable of shrugging them off and seeing them as some other broken person’s judgment and nothing more. Life comes with defeats, missteps, and so-called failures. We are each capable of handling those so-called defeats in our own way—in a way that empowers instead of devouring us. I’ve found this takes practice and requires deep intention.

This week, several candidates who I was rooting for, like Tim Ryan, were not victorious in their quest. Yet what I witnessed from them was beyond classy, beyond inspiring, and beyond victorious. This week, I was also inspired by the people of the United States of America. They came out in record numbers to support democracy and (for the most part) to repudiate extremism and crazy. Thank God. They came out to say to Washington and the pundits: don’t tell us who we are. We will tell you what matters to us. We are smart enough and wise enough. We can support a person from one party running for governor and someone from a different party running for Senate. We can choose. We know what we want.

This election restored my faith that we, the people, know what’s what. Sure, some people I disagree with won, and some good people didn’t realize their dreams, but there will be other dreams that they will realize. I have no doubt about that. My father never became vice president or president, but he changed the world through his work in the Peace Corps and the war on poverty. He changed the world through his social justice work and through his work on behalf of the common good.

There are many dreams that many of us will not achieve in our lifetime, but that doesn’t make us less than. It doesn’t make us a loser. We must widen our gaze and redefine what victory in defeat entails. We must pick words that inspire us forward. We must do the deep internal work of realizing that our worth comes not from a pundit or a snarky tweet or a moody boss or a parent trying to work out their own stuff in a messy way. It comes from God. It comes from within. It comes from us deciding we are worthy and enough. We can be victorious in the way we live our lives.

Look, I know that there are still many challenges ahead: inflation, crime, jobs that do not pay a living wage, soaring health care costs, etc. I know many are getting laid off, and I know millions are trying to survive on fixed incomes that can’t stretch. I get that there is no privilege to being in that situation. But I believe that more leaders will put all of the above on their to-do list. It’s beyond belief to me that some of the richest men in the world are firing thousands before the holidays and charging others to buy a blue check mark. We are told that this is a very tough time for any platform, which is why I want to say how grateful I am to the thousands of you who are buying into Sunday Paper Plus. It allows us to employ hard-working journalists to bring you the voices that matter in today’s overcrowded media landscape.

The voices we feature in The Sunday Paper inspire me to reach higher, dig deeper, and find my higher self. That’s what real winners and Architects of Change do, and that’s what many of the individuals deemed “losers” this week did as well. They don’t throw plates. They don’t scream names. They don’t refuse to concede. They elegantly walk through their lives and show you how a winner behaves when things don’t go their way. They show you how a winner talks when they are feeling heartbroken or when they are dealing with a loss.

May we all realize that we deserve leaders that respect the will of the people and that are victorious in defeat and humble in victory. Let’s go.

Dear God, help me rise above labels. Help me dig deep within and realize that labels others may have cast on me don’t actually define who I am. Allow me to appreciate life’s highs and lows and see both as an opportunity to grow and move forward. Amen.