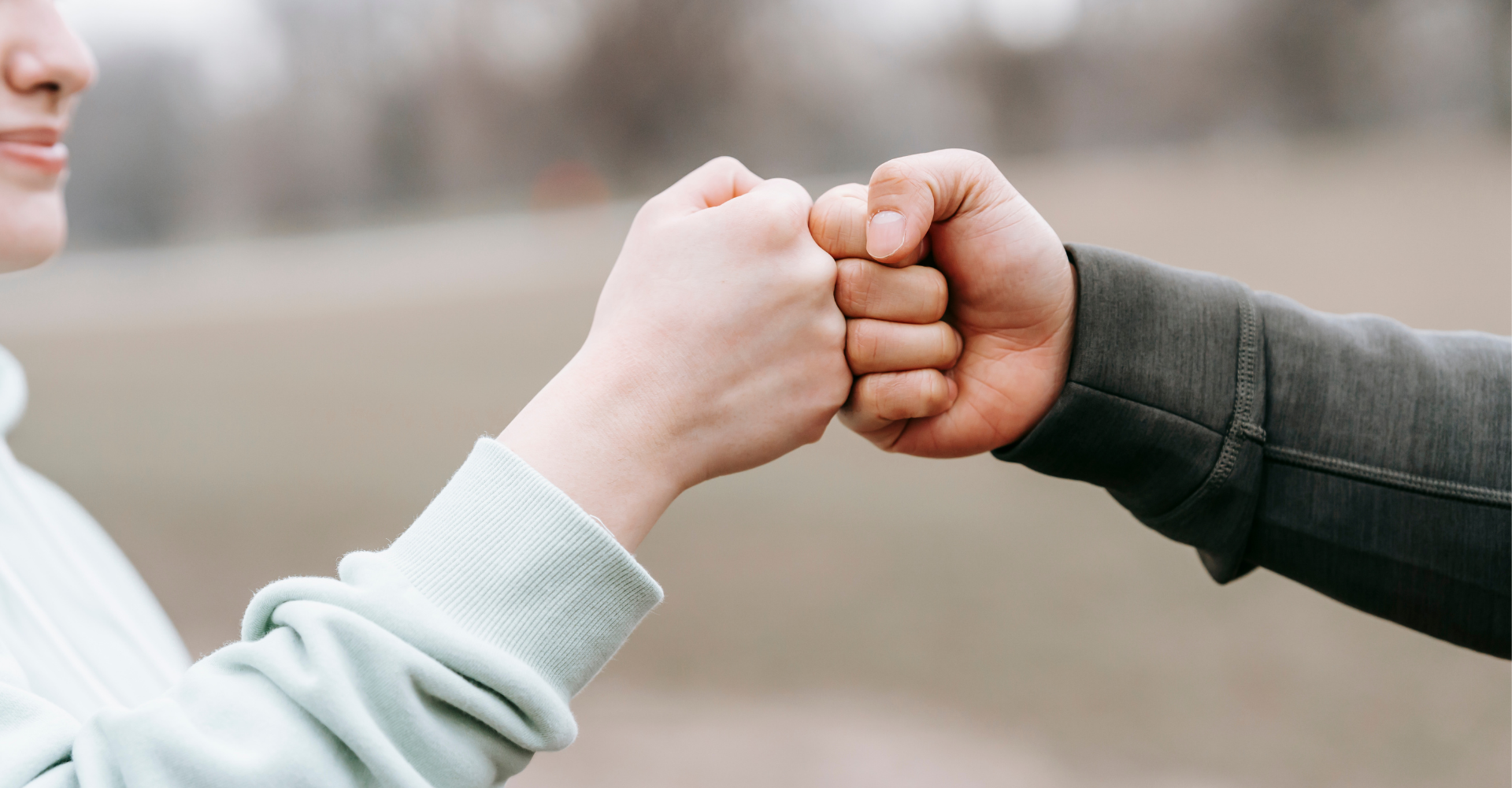 How to Have a Conversation with Anyone (Even Your Enemy)

By Stacey Lindsay April 09, 2022
Voices Above the Noise

In her new book, I Never Thought of It That Way, journalist Mónica Guzmán writes, “You and I are stumbling around a confounding world because we are too divided to see it clearly.”

Too divided. This is a clarion truth. Our country is mired in a relentless drive to prove who is right and who is wrong. We snub those who disagree with us. Break bonds with people who hold differing options. And we run from having conversations with people who challenge our beliefs.

Guzmán says we can mend this—by leaning into our innate curiosity. The chief storyteller for Braver Angels, a cross-partisan depolarization organization, reveals how we can move past our fears and uncertainties to have what she calls “fearlessly curious” conversations. By doing this, Guzmán believes we can push through the daily heartbreak of polarization that we exist with today and—ultimately—mend humanity.

Over Zoom, Guzmán and I talked about what gets in the way of our curiosity and the steps we can take to have deeper conversations with anyone. As she tells me, this work is easier than you might think, and the payoff is life-changing. “It's like a black and white world suddenly gets color.”

A Conversation with Mónica Guzmán

Let's start with the intention of your book . Why did you write it?

I believe we can be asking each other more powerful and impactful questions. Questions that help us see who each other really is and what each other really believes rather than the assumptions and perceptions that we're surrounded by. The beginning of the book talks about what I call the SOS: the big call for help of our polarized society. And the SOS stands for sorting, othering, and siloing:

*Sorting is that very natural human tendency to be around people who are like us because it's more comfortable. It's easier. It's fun. We tend to do it a lot when we're anxious and stressed.

*Othering is about the distance we put between ourselves and those we deem different. We don't even have to deem them that different to begin to discriminate. And whoa, that’s when we can do some crazy things to each other.

*Siloing is the stories that surround us and the ways in which this little guy [holds up her phone] helps us with all of that. We end up in these silos that over time, get deeper and deeper where the communication of people who are not like us begins to feel more and more foreign.

You write that we need to be having “fearlessly curious” conversations. Why is conversation so important?

I’ll begin with the context of conversation in our language. We talk about being in conversation. Conversation is a unique space and context created uniquely with every exchange that we have in our lives. This conversation between you and me will never happen again and has never happened before. Conversation is always a completely unpredictable and fascinating opportunity that includes so many different elements. When you put them all together, they're powerful and impactful. That’s one of the reasons people are afraid of live conversation. Our technology gives us opportunities to trade off some of the power of conversation for some cool things like scale. I can talk to thousands of people at once on social media. So sometimes that distance is more comfortable because the conversation isn’t necessarily unpredictable. When you put your skin in the game and you put your vulnerability in the game, it takes courage. Luckily, humans are wired for this. When you look at how sophisticated conversation is, and the skill of conversation-building, which we all have, it’s remarkable.

The other thing I’ll say is when you are fully in a conversation, it is between you and the other person. And that's it. We talk about power imbalances. We talk about inequality. Yes. All that absolutely matters out in the world. But the most powerful thing about a conversation is precisely how it humanizes. If you are fully present with another person, you can be on level ground for that conversation in that situation. And then empathy and curiosity can do their best work. It’s an extraordinary way to be seen. And it's an extraordinary way to see each other.

What is holding us back from having fearlessly curious conversations?

There are two big things: fear and certainty.

I talk about certainty being the arch-villain of curiosity. Curiosity is a wonderful feature of our thinking. Whenever we are aware of a gap between what we know and what we want to know. Curiosity is incredible. It's this fuel. But [what happens is] you manufacture certainty, which is when you think you know so you won't think to ask. If you believe you already know why other people believe what they believe, you're not going to be curious about them. You’ll think, I got this. I saw the statistics. It describes the whole group. I'm good.

Then there is fear, which is tough because you can't wonder about something you think is out to get you. So the higher we see the threat level of other people's existence and freedom, the less we're going to want to approach them. There are also perspectives out there that believe crossing these divides and having conversations is harmful.

What can we do right now to be more ‘fearlessly curious’ and have a conversation with someone with whom we disagree?

There are two things:

If you are in proximity with someone in your life who disagrees with you in some interesting way, be curious about their concerns underneath that issue. Try asking them:

‘What ultimately concerns you about this?’ Or, ‘By the way, I know that you and I differ on abortion. I'm feeling curious today. May I just ask you, what do you feel is ultimately a concern for you? What worries you about this issue?’

Another thing to do is to catch yourself in the act of assuming. These assumptions run rampant in the media. If you are scrolling through your feeds and you see a headline—from a reputable source—that makes you go, Ugh, that’s from that channel and I think they’re terrible, click on that article. Then as you read the article, ask yourself two questions:

What is the deep-down honest concern this person with this opinion has?

What is the strongest argument for this side?

If you practice that, and it'll only take a few minutes, you'll start to develop your brain's capacity for catching its own assumptions. After all, the most curious conversation you can have is with yourself.

It seems that by not having curious conversations, we miss out on a lot of warmth and fun.

Plus, we're burning bridges left and right. We're telling ourselves: Because this person believes this thing, I can no longer relate to this person. I'm not going to talk to them. I get it. These are high-stakes things, and that might be the thing you need to do because you're so far apart. So, the one other thing I recommend is: Don’t burn that bridge. Leave it there. Say to yourself, I don't have to cross that bridge with this person right now. But I'm also not going to burn it.

If all you do is keep a bridge, you’re already more curious.

What do you say to someone who has too much fear to engage? Or to the person who still thinks, I’m not going there… it’s not worth it.

[In doing this], you reduce the fear, and you increase the creativity. We are harming our society by not crossing some divides. We can do this, little by little, by getting more curious and asking more questions. There is harm happening there. And the beautiful thing about this is that everyone agrees on this. Every Liberal, Conservative, Libertarian, what have you—everyone agrees that this is broken, and we need a better way.

This interview has been edited and condensed for clarity.

Editor’s Note: Another fascinating aspect Guzmán covers during our conversation is how we come to our opinions. (It’s not what we often think!) Listen and watch her explanation below.

Mónica Guzmán is a journalist, writer, and bridge builder. She’s Director of Digital and Storytelling at Braver Angels, a nonprofit working to depolarize America and and host of the Seattle show Civic Cocktail. She was a 2019 fellow at the Henry M. Jackson Foundation, where she studied social and political division, and a 2016 fellow at the Nieman Foundation for Journalism at Harvard University, where she studied how journalists can better meet the needs of a participatory public. To learn more visit moniguzman.com. You can order her new book, I Never Thought of It That Way, here.