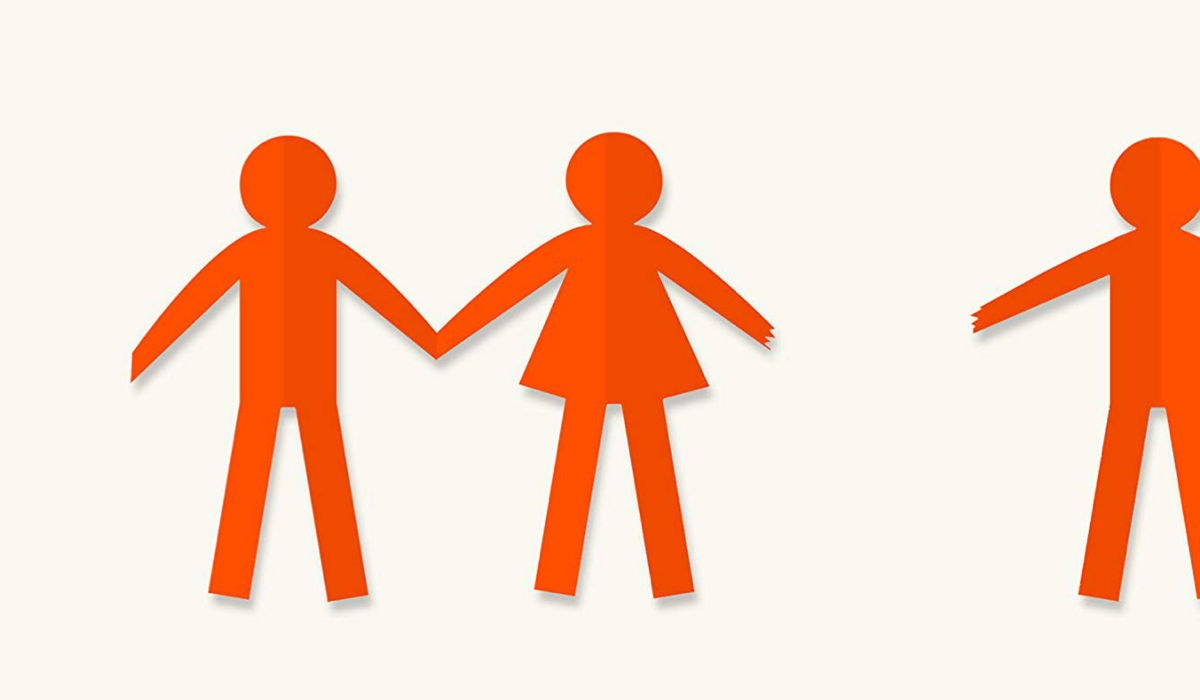 As the Holidays Approach, Family Rifts, Tensions, and Estrangements Are Top of Mind for Millions of Americans

By Stacey Lindsay November 12, 2022
Voices Above the Noise

Family Psychologist Dr. Joshua Coleman has tips for how to move forward

These days, it’s common to hear: “I’ve cut ties with my mother.” “My son and I no longer speak.” “I don’t answer my father’s calls.” Family estrangement is prevalent—and it’s one of the life challenges family psychologist Joshua Coleman, Ph.D. offers counsel on most. “There’s not a lot of prohibition around breaking up families today,” says the author of The Rules of Estrangement: Why Adult Children Cut Ties and How to Deal with the Conflict.

Why is this? The Sunday Paper wanted to know, so we spoke with Coleman to better understand what’s underscoring estrangement between adult children and their parents these days. Like any relational issue, there is always more than one party involved and thus more than one viewpoint and more than one hurting heart. Coleman helps us consider all of this. Plus, he offers some advice for dealing with charged family gatherings as the holidays approach.

A Conversation with Joshua Coleman, Ph.D.

Why are we seeing so much family estrangement today?

It’s several different factors. There have been rising rates of individualism over the past century. The moral framework of how we view and define family has changed. The notion of honoring  thy mother and thy father and respecting thy elders has changed. The notion of responsibility to others as a form of duty has changed. All of this has shifted in a more personalized, self-growth, pursuit-of-happiness, protection-of-mental-health framework where nothing binds family members today beyond whether that relationship is in line with those aspirations. We assume there's always been family estrangements, but today I would say it is more unique because for the first-time estrangements are being viewed as an expression of personal growth, identity, autonomy and individuality.

Also, divorce certainly makes for a greater likelihood of an eventual estrangement, which my research shows. The rise of social media allows people to have different places where they can get feedback from people who don’t have an investment in the well-being of the larger family, so they become this kind of extended kin in a problematic way. And in the past decade or less, we’ve seen more tribal politicized views of people—a black-and-white aggressive view that has also transformed family life.

In your book, The Rules of Estrangement, you write that sometimes parents do little to cause estrangement, and sometimes they do a lot. Who are the primary family members initiating estrangement and why?

In terms of the research, typically when estrangements happen it is the adult child initiating it. The adult child feels like there are upsides to the estrangement. It's pushing back against authority figures. It's establishing a relationship that's on more equal footing. It can be in line with their ideals for autonomy, growth, happiness, for protection of their mental health if there was abuse in the past or present. Whereas for the parents, there’s no upside. It's all loss, grief, guilt, sorrow, and regret.

More typically today, younger generations have more of a growth-oriented identity focus in terms of their relationships. The option for estrangement, in some ways, can be a big part of identity and self-esteem to say that you're getting rid of toxic family members. Whereas for older generations, I commonly hear from people in my practice who are primarily Gen X and older  say that there was a lot about their parents that they didn't like, they were abusive in a lot of ways, but they would've never considered cutting them off.

What are some mistakes about estrangement, both from the parents’ end and the adult children’s end? And what would you like for all parties to know?

But part and parcel of that is that younger generations who are going to therapy want a more psychologically minded kind of relationship. They may want to talk about their childhoods and the mistakes that their parents made or things that were hurtful or traumatizing to them. The parents may not have the capacity to do that. They may not agree or they may not have the language to know how to enter or exit that kind of conversation. So much of my work all day is helping parents learn how to empathize, take responsibility, find truth in their child's complaints and not blame or defend.

On the side of the adult child, I think that younger generations don't recognize how much the demands that they're making of their parents are more psychologically intensive. An egalitarian relationship is historically new, so they're asking parents to do something that really hasn't been done in the same way before. I would like to see more compassion and empathy for the parents from the adult child, and an awareness that when parents say they did the best they could, they really did the best they could. Now their best may have been terrible, hurtful, and even abusive. So parents have to learn how to take responsibility and tolerate the shame and guilt that comes when they hear the ways that they have hurt or damaged their children. But adult children need to have more compassion and forgiveness when they're trying to get their parents to change or trying to get them to enter these kinds of interactions.

What is important to know about other family members involved in estrangement?

Estrangement is typically not dyadic or triadic. It's not typically just between the estranged adult child and the parent or parents. Estrangements almost always cause fractures in the larger relationships because people line up either in alliance with the parent or the estranging adult child. It could split siblings, grandparents, uncles, aunts. It's a big deal.

The other problem with this more tribal politicized nature of family: If you start viewing people as the enemy and irredeemable, then it nullifies any obligation or empathy that you have for them. That's a serious problem. And we have a problem in the United States of record-high rates of mental illness, suicidal ideation, suicide, and social isolation. Part of all this is that people have this mistaken idea that they must cut out all these so-called toxic people rather than learn how to work with their limitations or challenges. People are also very confused about what is conflict vs. abuse. It turns out that the biggest predictor of happiness is our connections to others. So I think a lot of people are cutting out so many people in the service of finding happiness that they end up without anybody in their lives. Research shows that people don't have nearly as many friends as they had not that long ago.

In your book, you're candid about your personal experience with estrangement. Will you share a bit about what you learned and how this has inspired your work around estrangement?

I have an adult daughter whom I'm very close to. But there was a period when she had cut off contact with me for a few years in her early 20s, and that was easily the most painful thing I have ever gone through. At the time there was nothing written to help me and the advice I got was terrible. Eventually, I was able to reconcile with her using a lot of the approaches that I continue to recommend, which are empathy, responsibility taking, not defending, and not explaining. So it is the result of my own personal experience that caused me to be interested in the topic of estrangement—and turned out that a lot of other parents were going through it too.

I get sad because, as previously quoted from my book, a lot of parents have engaged in behaviors that make it easy to empathize with the adult child wanting distance. But there are so many parents willing to do the work. And these parents are miserable. So on the one hand, it’s important as an adult to want to protect your happiness and well-being and have relationships that are in line with your ideals around autonomy, growth, identity, and self-esteem. But on the other hand, it’s important to care that your parents' hearts are broken from cutting off the contact—and we don’t talk about that enough. That's why both perspectives matter. It's both important to help parents learn how to communicate and repair. It's also important to help the adult child learn how to have a conversation where they're more likely to get what they need from the parent or to remain compassionate for them if the parent can't go there.

If there is estrangement, there likely won’t be a gathering. For those on the cusp of estrangement or for those experiencing tension or where there’s one relationship there that makes them think shoot, so-and-so going to be there, there are several things:

The old days’ recommendation that you don't talk about sex, politics, or religion at social gatherings, there's a certain wisdom in that. If you anticipate a big fight or tension, or if everybody knows that there are different political viewpoints in the family, it can be useful before people get together to have an announcement. The person who is organizing it can say, "I want everybody to agree that we're going to stay away from these topics because it never goes well, and people end up feeling hurt or upset. So let's all have that agreement." Now people either may agree to it or they may not, but the point is that at least you're establishing a framework at the outset.

Now if you're going into a family situation with somebody who is problematic and they're not going to accept your attempt or framework in advance, then you need to make the decision that you're not going to get pulled into the weeds with them. You can say, "I'm not talking about this with you. There are lots of things about you that I love and cherish and value." Or "this never goes well, let’s talk about something else."

Have more questions for Dr. Coleman? Don't miss our next "Above the Noise with Maria" conversation featuring Dr. Coleman on Thursday, November 17 at 4pmPT/7pmET exclusively for Sunday Paper PLUS members. Not a member yet? Sign up here and submit your questions!

Joshua Coleman, Ph.D., is a psychologist in private and a Senior Fellow with the Council on Contemporary Families. He has given talks to the faculties at Harvard, the Weill Cornell Department of Psychiatry, and other academic institutions. He is the author of four books, his most recent being the Rules of Estrangement. Learn more at drjoshuacoleman.com.

Question from the Editor: What practices have helped you handle family estrangement and/or rifts?