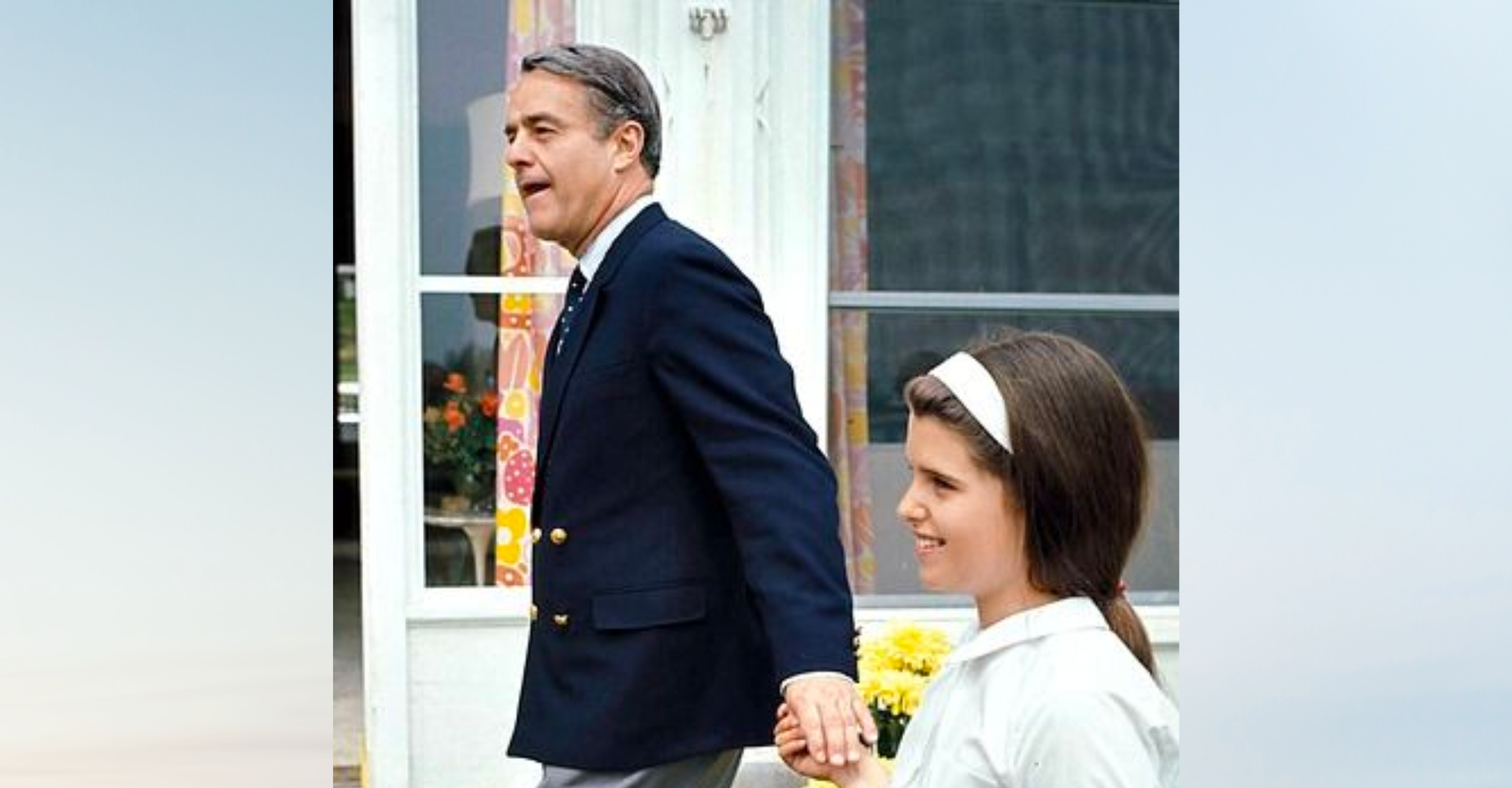 It's a Big Day

Today is a big day.

I know that’s a lot to celebrate, but I’ve come to realize that we can and should view every day as a "Big Day" that’s worthy of celebration. After all, life is fragile and short. So many of us wait for a specific day or holiday to celebrate being alive, being free, and honoring a role that we inhabit. I’m so over that.

Did someone send out a memo saying we should only express gratitude to our fathers or our mothers on one specific day? Are we only supposed to celebrate our birth or aliveness on our birthdays? Are we only allowed to talk about what freedom means to us on a special holiday? I don’t think so.

I think we are smart enough, human enough, and evolved enough to do all of those things on any given day. So today, on this "Big Day," I’m celebrating a lot of things. I’m celebrating all the dads out there who father. I’m grateful for the father I had, as well as for my kids’ dad and for my son-in-law. All are very different men, and each is deeply loved by their kids. So, Happy Father’s Day today to each of them.

I also want to honor my four brothers who father in such a present and spectacular fashion. I want to honor the many men I call my friends who I get to witness doing the life-altering work of fatherhood day in and day out. I love the fact that fathers are now being called upon to do more these days. I love that they are being asked to be more than the breadwinners of past generations. The men I know have so much to give. They have love to shower on others, but they also know how to be vulnerable. They are capable of teaching lessons about manhood, family, work, and responsibility, but they also have plenty to share about kindness and gentleness. They can speak of rituals and what it means to be a father today, as well as how important that role is in their lives.

Children benefit from the active involvement of parents, uncles, step parents, grandfathers, and adults who take the time to care, to nurture, to guide, and celebrate the miracle of humanity. My own father was strict but also kind. He loved people, and he loved celebrating people. He loved celebrating people for who they were—not for the job they held, but for who they were in their hearts.

Growing up as an only girl in a sea of boys, I often felt like my dad wasn’t exactly sure how to raise me. (There was no such thing as a “girl dad” back then, but I’m glad there is today.) I often felt that he erred on the side of simply treating me like one of his sons. He wanted me to play tackle football. He wanted to hit a baseball to me in the outfield as hard as he could so that I could play with my brothers. The same went for tennis and skeet and trap shooting.

He sent me to Africa not once, but twice, to live in poor villages and work alongside his beloved Peace Corps volunteers so I would understand my privilege. He sent me to live in a hogan on a Navajo reservation and herd sheep. (Yup, you read that right.) And, he sent me to Alaska in the dead of winter to work in a daycare center that you could only reach by snowmobile. (Don’t even get me started on the fact that none of the places he sent me had any indoor plumbing or running water.) This list goes on.

Even though I was beside myself in each of these experiences, I’ve come to see that it was my father’s way of making sure I could handle the complexities of the world. He wanted me to know I was strong enough to survive whatever life threw my way. He wanted me to lean on my faith. He wanted me to see myself as equal and be aware that our world was big, broad, and unequal.

With all that, he never missed an opportunity to celebrate what he called my beauty, my amazingness, or my magic. To this day, any time I walk into a room of strangers, I hear him say, “They are lucky you walked in.” Any time I feel less than, I hear him say, “You are extraordinary.” Any time I see a man impeccably dressed, or holding a door, or standing up when I walk into a room, I think of my father. Yes, I do.

I think of the way he walked in the world. I think of the amazing good he did in the world with his life. Growing up, I made the mistake of thinking he wasn’t strong because my mother seemed to wield all the power. I made the mistake of thinking he wasn’t powerful because he never made much money, never boasted, never drove a fancy car, and never bought a big house. I was so wrong about power and what it means to be successful in our world.

As a young girl, I often misjudged my father. Not anymore, especially when I listen to these January 6th hearings. My father was a patriot, a lawyer, and a public servant. He was beyond ethical and honest. He thought the greatest thing anyone could do was serve their country with dignity, class, and honor.

I remember traveling with him when he was running for vice president in 1972. He was trying to get people’s attention at every campaign stop when he talked about Watergate and the men whom he felt were deceiving and dishonoring our country, and lying to us. No one would listen to him until the truth came out in the hearings after the election. He would be so horrified by what is coming out of these January 6th hearings. So am I.

He would be pounding his fist in favor of those who are testifying to ensure our democracy stays safe and sound. He would talk of patriots and traitors. He would talk about our history and our civic responsibilities. Oh, how I wish he were here to talk with me about all of this today. I wish he were here to talk to all of you about it as well. I think perhaps this time, people would listen to him. If they did, they would hear the words of a devoted American and a father who would tell us to wake up—not after an election, but before one.

That’s why on this big day, I think our country needs a reset on power. We need a reset on success, and on what honor, dignity, and the truth mean. It feels like we need to be reparented at this precarious moment.

We also need to be reminded how lucky we are to live where we do. I'm not saying where we live is perfect, and God knows we can do better, but we are lucky to have the right to vote like we do and to have a free press like we do and to have leaders who are willing to do the hard work of bringing truth to light and showing us who we are and what’s at stake.

My father did that for me and for the many who worked for him. I  wish the country had listened to him when he ran for office. I wish the country had made a different choice in 1972. Today, I hope we listen to what’s happening on our watch, because what almost happened below our very noses is what will happen again unless we come to our senses and realize what we truly deserve.

What we deserve is for someone to stand up and remind us of our blessings, our magic, and our beauty. We are all here to live in freedom and to live in the greatest democracy ever conceived. We are here to safeguard her existence and our own, and we are here to hold those accountable who seek to make us believe something that’s not true.

Sit with that for a minute. A former president wanted the country to believe something he knew was categorically untrue.

That’s who my father was: a man, a veteran, a patriot. He was a humble man who used his voice to sound the alarm when it needed sounding. If he were alive today, he would be using his voice to urge me and others to stand up and be counted, to safeguard what we hold dear, and to celebrate our blessings.

That’s what good fathers do. They are kind and strong. They encourage you and enlighten you. They hold you accountable and they urge you to be brave.

That’s what retired federal judge J. Michael Luttig, a father figure of sorts to conservatives, did this week as he testified in front of the January 6th committee.

He said, “Or, if it is to be, we are in need of a revival around a new vision, new truths, new values, new principles, new beliefs, new hopes and dreams that hopefully could once again bind our divided nation together into the more perfect union that ‘We the People’ originally ordained and established it to be."

Amen to that. Today, I celebrate that awakening and I celebrate all the people that work to awaken the spirit that is in each and every one of us.

So, Happy Juneteenth and Happy Father’s Day to all the fathers who nurture, love, care, guide, and stand up—not just for their own families, but for our larger American family as well.

Prayer of the Week:

Dear God, may we honor those who stand kind and strong, who use their voices for the greater good, and who safeguard and celebrate the blessings you have given us. Amen. 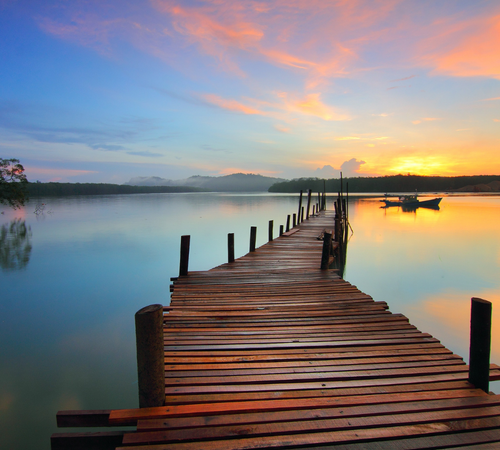 A Promise for a Better Life 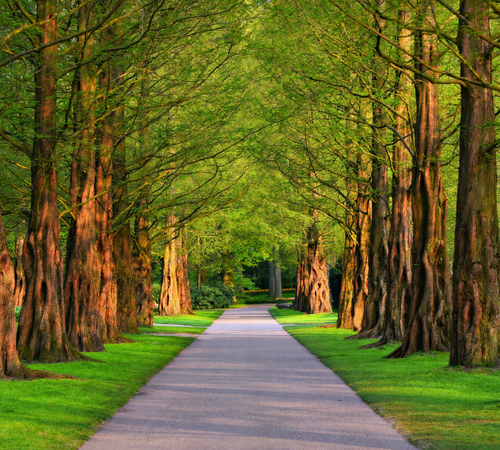 Keep Your Heart Open In Hell 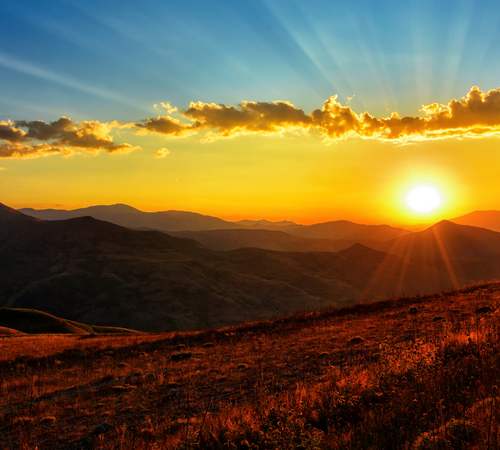 It Will Take All of Us