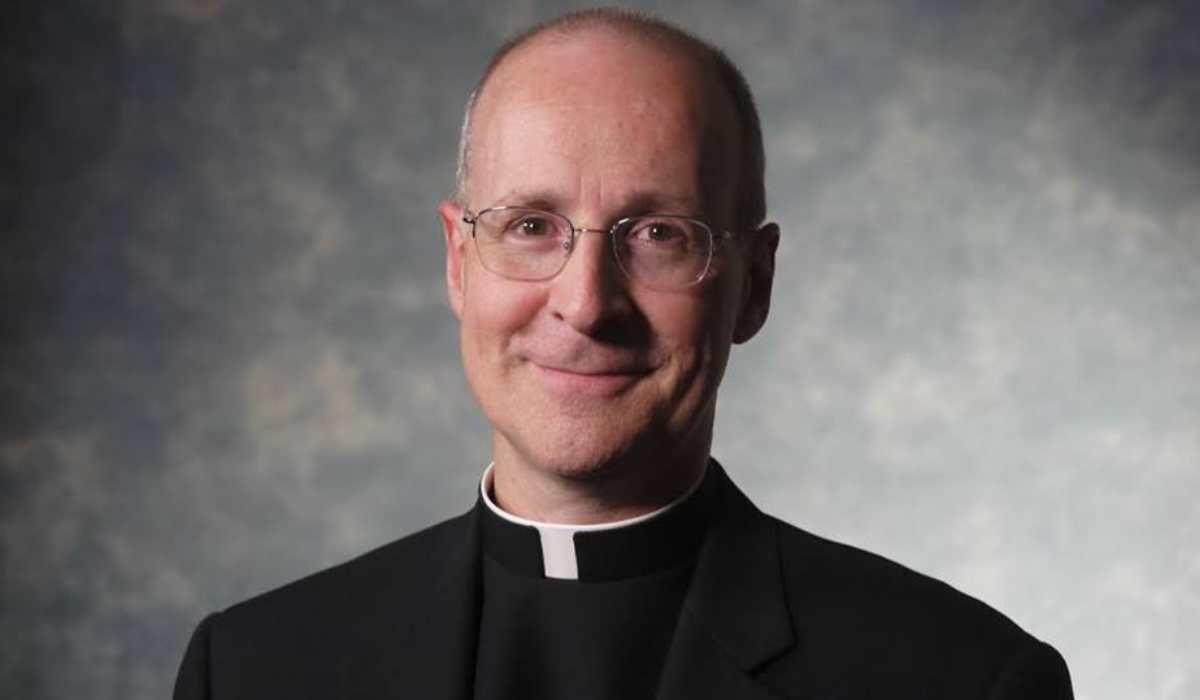 By Stacey Lindsay November 26, 2022
Be A Light. Move Humanity Forward.

Father James Martin SJ remembers the 2016 tragedy vividly, as do so many of us. A gunman killed 49 people and wounded more than 50 others at the gay Orlando nightclub Pulse. What Father Martin, a Jesuit priest and prolific writer and author, also remembers is how the Catholic leadership community publicly responded very little to the tragedy. “They didn’t mention the word gay or LGBTQ,” Father Martin said in a digital talk earlier this year. “Even in death, this community is invisible to the church,” he continued. “Even when they’re murdered, this community is invisible to the church.”

In the time since the shooting, Father Martin has expanded his mission to build a bridge between The Church and the LGBTQIA+ community. He posted a video exclaiming his stance on how he wishes for the Church to support this community. This led to the invitation from New Ways Ministry, which advocates for and ministers to LGBTQIA+ Catholics, to give a “Building Bridges” lecture. Eventually, Father Martin wrote a book, Building a Bridge, that journals his hope for The Church to reach out to the LGBTQIA+ community with respect, compassion, and sensitivity, and vice versa.

The responses to Father Martin’s conviction have covered the spectrum. When the book came out, people came out in droves to support its message. “It dawned on me that this conversation needed to be jumpstarted,” he said. But there was also pushback, which was intense.

Through it all, Father Martin has persevered and continued to spread the message of positivity and love. He connected with Pope Francis in 2019 to discuss the connection between The Church and the LGBTQIA+ community. Most recently he created the platform Outreach, which brings together all the various LGBTQIA+ ministries in the nation and world and offers a resource, commentary, and collective support.

Father Martin says he didn’t set out to do this kind of ministry. But he feels the Holy Spirit has led him into it. “It is at the heart of Jesus’s ministry and who Jesus was.”

Question from the Editor: What is a way we can all be "bridges" to bring various communities together? We'd love to know in the comments below.