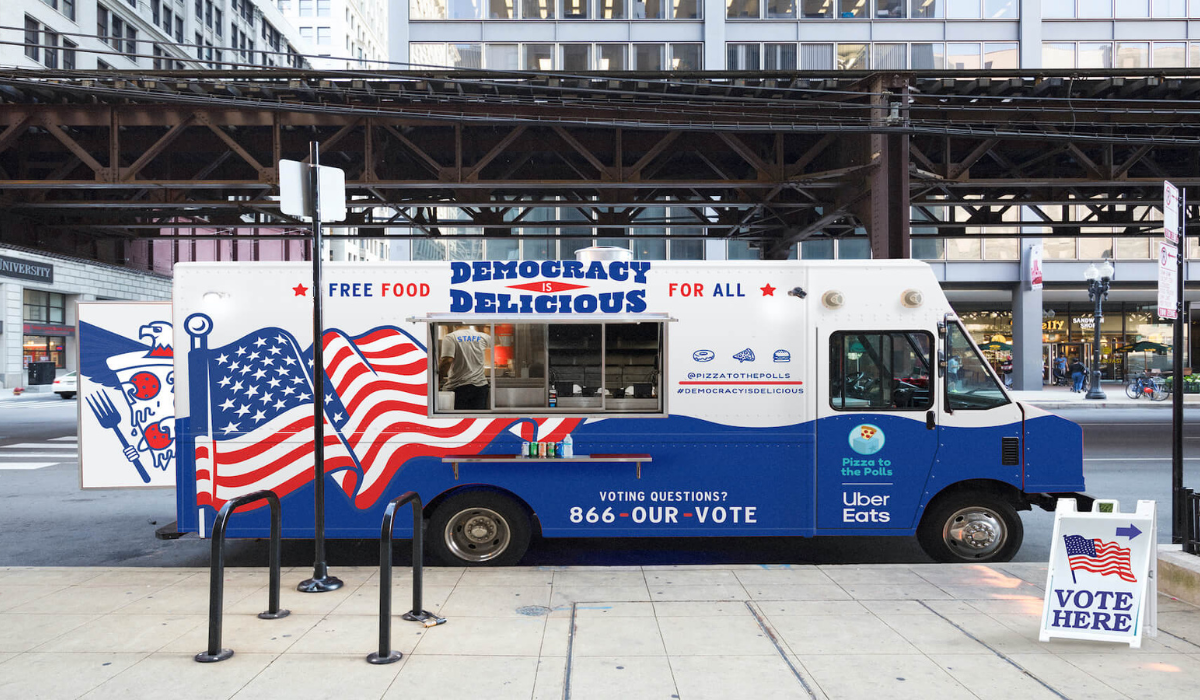 Pizza, Polls, and Voter Turnout. One Woman Put Them Together and Made a Difference

By Amirah Noaman November 05, 2022
Be A Light. Move Humanity Forward.

After the 2020 election saw some of the longest lines at polling places than in recent years—voters nationwide are proactively preparing and making plans to cast their ballots on Tuesday, November 8th. With so many individuals becoming more politically involved and looking forward to voting in person this year, it is critical that they’re supported with a functioning civic engagement ecosystem. Feeding people and providing water keeps people in line to vote and keeps elections running smoothly.

Powering an Election Through Food

The lack of resources voters are equipped with on Election Day is a critical gap in the system. However, when this gap is closed and support is provided to those in line, elections see success in a few key ways: greater turnout and, as a result, a more representative outcome.

Historically, the United States has struggled with voter turnout. In 2020, only about 69% of voters cast a ballot—more than any other year, but still only two thirds of the eligible population. The simple gesture of handing out a snack or drink keeps people in line, instead of abandoning their rights because of hunger.

According to a recent paper published by a University of Pennsylvania political scientist, for every additional hour a voter waits in line, it decreases the probability they will vote by 1%. While this percentage may seem insignificant, this research also suggests that almost 200,000 voters did not vote in 2014 because of the amount of time they had to wait in 2012.

Now, imagine if hundreds of thousands of the 69% who did vote in 2020 ended up going home because lines were too long and they were hungry or thirsty. Not only could that election have had different results, but the turnout for this year’s election could be compromised too.

Long lines can be incredibly demoralizing to the average voter, and providing sustenance is a great way to keep people engaged and excited during an activity that often feels mundane and taxing. We know that voting is habit forming, so a good experience is crucial to guaranteeing repeated turnout.

Everyone Deserves a Snack

In 2020, many organizations, such as Pizza to the Polls, successfully stepped up to support those waiting in long lines to vote. Millions of people across the country—from voters and their children, to poll workers, journalists and people just passing by—were all able to enjoy snacks and beverages and keep polling locations a place of celebration as intended.

The key to success for many of these initiatives is ensuring that all distribution takes place in a non-partisan way, carefully following all election compliance laws. This engages civic participants across the political spectrum, ensuring citizens do not have to choose between their civic duty and hunger.

As Tuesday approaches, it’s clear the demand for these resources will once again be high. If we want to see democracy do its job, supporting organizations that provide these basic needs on the ground is essential to electoral success. We should all continue to celebrate the joy and responsibility that comes from participating in the democratic process.

Amirah Noaman is the executive director of Pizza to the Polls, the nonpartisan, 501 (c) (3) nonprofit initiative that delivers snacks to people engaging in civic life. To support their work and keep democracy delicious, donate today.