You’re livin’ the dream right now aren’t ‘ya? There you stand in 1975 wearing the uniform of the Georgia Bulldogs. It’s what the Johnson family calls a “blackberry moment.” Goes back to that little league team you were on when two of your teammates stopped looking for a ball that had bounced over the fence—and ate blackberries instead. Sweet moments to savor. Those are blackberry moments, and you’re livin’ one right now playin’ college ball and wearing number 32—the same one your dad wore when he played in the big leagues. You’re wondering if you have the same talents that took him to the majors. Sorry kid, you don’t. You’ll be cut next year.

And then like most college kids, you’ll be trying to figure out what on earth you’re gonna do with your life. Your two older sisters, Dawn and Chris, were both teachers. You’ll consider becoming a high school teacher and baseball coach. You’re really not thinking much about a career in broadcasting, though you’ve been around it most of your life and your dad was really good at it.

That’s the career you’ll pursue. From radio stations in Athens to reporting the news in Macon, Georgia, Spartanburg, South Carolina and Atlanta—where you’ll transition from news into sports. That’s when the folks at Turner broadcasting will call and it’ll be life-changing.  You’ll have the chance to cover every sport you can think of. It will be something you refer to as a “GET TO” job, not a “GOT TO” job. And along the way—and this is something you’ll treasure forever—you’ll work with your dad. Nothing will ever match that, not even the decades of work (if you want to call it work) hosting Inside the NBA for more than 30 years. You don’t know these names yet, but Charles Barkley, Shaquille O’Neal and Kenny Smith won’t just be your partners on that show, they will be your brothers for life.

So look, Freshman Ernie. When you get cut next year, you will be crushed. But remember, you grew up with parents who instilled in you the values of hard work, determination, resolve, love, respect, and faith. Those will carry you through that career I just outlined. But keep this in mind: Your job is what you do, it’s not who you are. Can we talk about the things in your life that will matter most?

About five years from now you’ll meet a bank teller named Cheryl Deluca. She’s working her way through college at Mercer in Macon, where you’re anchoring the news, and every week she cashes your paychecks—which aren’t much, just a little heads up. Cheryl will tell folks for years that you guys met through six inches of bullet-proof glass. You will see through that window into a soul older than yours, a maturity far beyond yours, and an intellect that dwarfs yours. But for some reason, three years later she’ll say yes to the idea of marrying you, and you’ll wonder if her response was rooted in pity or if it was love. I’ll choose love—always choose love. It never fails.

You will find in Cheryl the perfect teammate. You know what we always say when we talk about superstars in sports—they make the players around them better. Well that’s Cheryl. She has this seemingly effortless ability to make the world better. You’ll soon discover her secret: She puts everyone else first. Don’t rush though that line, Freshman Ernie. She puts everyone else first.

Before too long you two will become parents to a little boy you’ll name Eric, and a daughter, Maggie. As a man you’ll feel complete. Married to the woman of your dreams, father to a couple of adorable kids. You’ll think that you’re living out the perfect script. But let me throw you a little curveball, which I know you were never very good at hitting: Don’t be afraid to go unscripted! Shake things up a little. Take a chance because it’s the right thing to do, not necessarily the safe route. You’ll learn that from your Cheryl. You’re a sportscaster. She’s a world changer.

One night when you’re at work, she’ll watch a news story about abandoned Romanian orphans, and the next day she’ll suggest something “unscripted”—adopting one of those kids. In the summer of 1991, you will stay home with Eric and Maggie while your wife and a group of other prospective parents travel to Romania. On Cheryl’s first orphanage visit, a little boy, nearly 3 years old, is brought out to her. His name is Aurel Mihai. He can’t walk, he can’t talk, he’s malnourished. Cheryl is told by the woman who handed him to her, “Don’t take this boy. He’s no good.”

Your wife will call you from Bucharest and describe the child and offer this: “He’s so much more than we can handle, but I can’t imagine living the rest of my life wondering whatever happened to that blonde haired boy in the orphanage.”  And in that moment, because you know that in the tone of her voice you are getting a glorious look into the depth of her soul, you will say four words: “Well, bring him home.”

You guys won’t be done with adoption there. Two years later, you’ll travel to Paraguay, where a perfectly healthy little girl is waiting. Carmen will become the most recent addition to the Johnson family, but not the last. Years later, when you’re in your 50s, you’ll adopt again. This time it’s because after devoting a decade to the issue of child trafficking, Cheryl knows that kids who age out of the foster care system can often be at risk. So, you will meet Allison and Ashley—half-sisters who had never really known a permanent home, and you’ll give ‘em one, complete with the most caring siblings they could imagine.

It would be nice to end this letter right here with  “and they lived happily ever after.”  Our stories can all have fairytale chapters, but there are just as many that deal with real life challenges, heartbreak, and disappointments far greater than being cut by the college baseball team.

On two occasions 16 years apart you’ll sit in a doctor’s office and be told you have cancer. The words will shake you to your core, but don’t panic. You’ll take to heart what one of the technicians told you as you were having your body scanned: “You may have cancer, but it doesn’t have you.”

You’ll discover a tireless fight inside you that you didn’t know you had. Three words will become your personal mantra. “Trust God. Period.” Medicine and surgery will fix you. But it’s your faith, your family, and your friends that will sustain you.

You’ll lose your dad—the guy who taught you everything you needed to know about being a man, a husband, a father. The guy whose basic career advice was to “be yourself” and “always take the high road.” He’ll be the best man at your wedding. You’ll give him a pewter beer mug engraved “My best man, my best friend.” Years later your son Eric will ask you to be his best man, and he’ll gift you in the same way. The power of that father/son bond will bring you to your knees. And you know what’s great? I don’t know how this works exactly, but you’ll hear your dad’s voice every day, even long after he's gone.

Oh, and that little boy you adopt from Romania, Michael? You’ll find out a year after you bring him home that he has Duchenne muscular dystrophy. There’s no cure for that. His muscles won’t develop, they’ll just continue to weaken. He won’t speak until he’s 8 years old. His favorite thing to say will be “Love You Too” and it will become your family’s calling card. You’ll be amazed at how his spirit just draws people to him. How little it takes to make him happy. He will teach you to be content in every circumstance. He will defy the odds by living 33 “blackberry filled” years. And while you and your family will shed a torrent of tears at his passing, you will all unabashedly dance to one of his favorite songs—Family—as you celebrate his life.

And that’s where I’ll wrap it up Freshman. Family. The one you were born into set the bar incredibly high. Be intentional about trying to meet that standard. It will give your life purpose and value and a glimpse of the divine.

Oh and by the way, that number 32? Just wait until you see your grandchildren wearing it at the little league fields. Talk about your blackberry moments…

Click here to read our original interview with Ernie Johnson, where he talks more about his dad, his unique journey to fatherhood, and more.

Ernie Johnson Jr. is an American sportscaster for Turner Sports. He is currently the television voice and a studio host for Major League Baseball on TBS, hosts Inside the NBA for TNT, and NBA TV and contributes to the joint coverage of the NCAA Division I Men's Basketball Tournament for Turner and CBS Sports.

Ernie Johnson Jr. is an American sportscaster for Turner Sports. He is currently the television voice and a studio host for Major League Baseball on TBS, hosts Inside the NBA for TNT, and NBA TV. 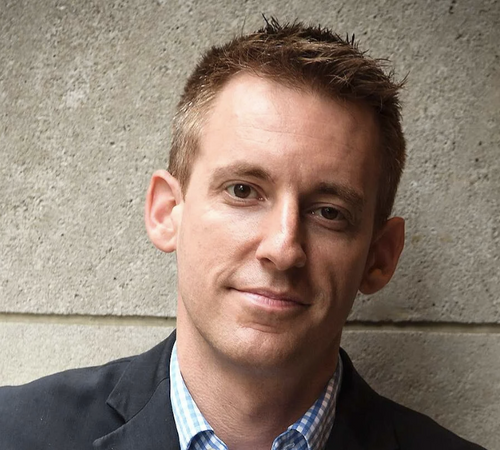 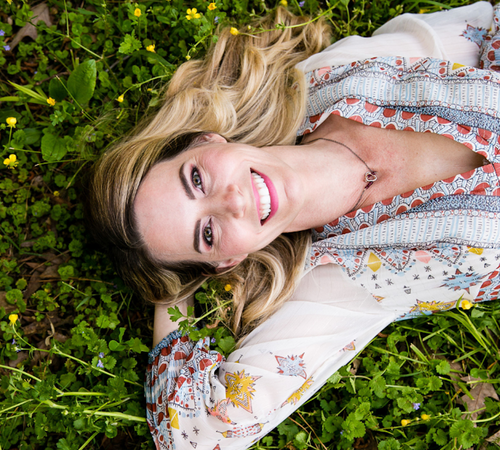 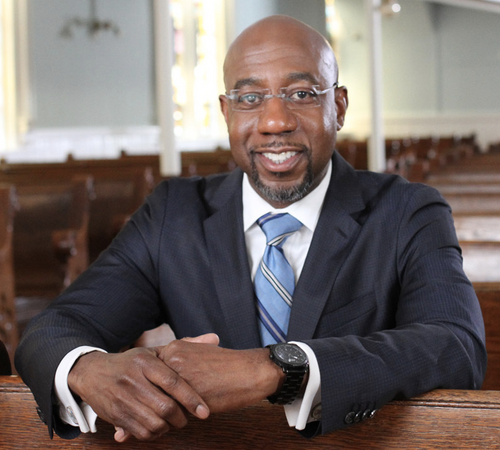