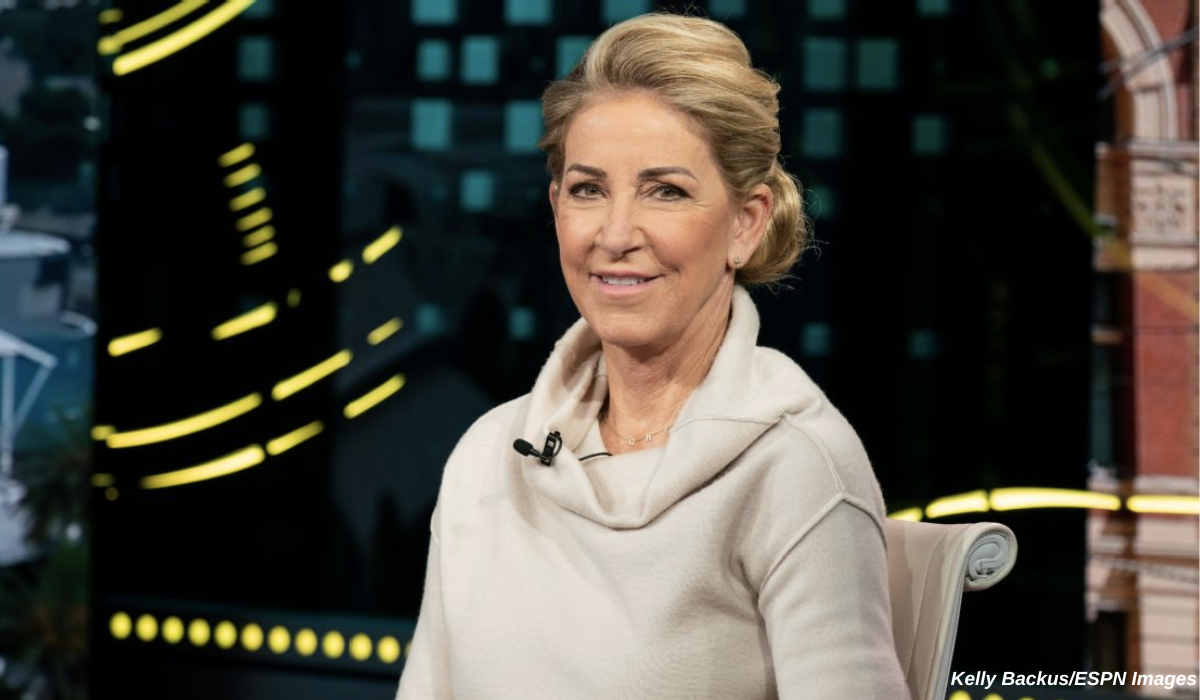 The world recoiled in shock earlier this year when Chris "Chrissie" Evert, one of tennis’s greatest athletes, announced she had ovarian cancer. The diagnosis resulted from Evert’s heightened focus on her own health after the death of her sister, Jeanne, to the same disease. The broadcaster has since taken a step back from the camera where she commentated live matches and has transitioned to a different camera—one documenting her cancer treatment.

For HBO’s Real Sports, Evert has showcased her journey from diagnosis to remission, capturing everything from the intricacies of hair loss to the feeling of lacking control. In conversation with her friend and colleague, Mary Carillo, Evert says, “In tennis you can control the situation a lot better. In this type of thing, you can’t control it.”

Another aspect Evert, thankfully, can’t control is the love and support she feels from her family and friends—even her ex-husband. In a moving post to Instagram, Chrissie is filled with gratitude for her support system, saying, “Thank you to my incredible sister Clare, my ex-husband/greatest friend, Andy, and my three sons who have been by my side.” Seeing the way Evert describes her ex-husband as her best friend confirms the reality that love sometimes shifts and shapes into different forms, and that’s beautiful.

Evert’s love also extends to her late sister, Jeanne, when she says, “My sister’s death saved my life.” And she wants that message to inspire you to own your health journey. “Please tune in to realize the power of family, medicine, and understanding your body,” Evert says of the Real Sports documentary, streaming on HBO Max.