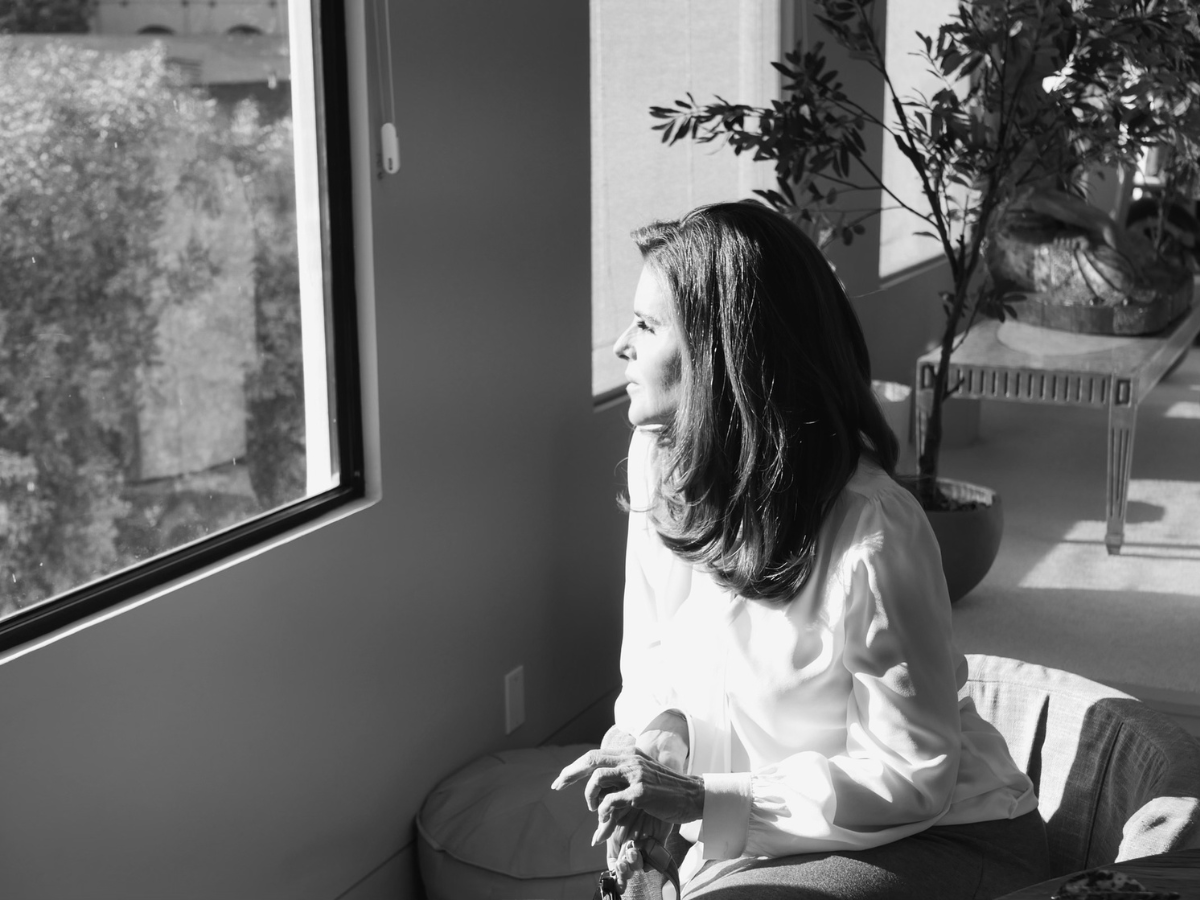 At the start of this past week, Liz Truss was a big power player. She was a woman on the global stage with influence, prestige, and visibility. She was pictured with the queen and the new king. She addressed Parliament. She had even moved into 10 Downing Street!

Then this week, after a mere six weeks on the job, Truss stepped down as the prime minister of the UK, saying she couldn’t lead Britain forward after all. And, poof. Just like that, she was history. Gone.

Becoming “history” or suddenly invisible—be it in a country or in someone’s life—is something that I’ve actually thought about quite a bit. That’s why one of the intentions of this publication is to help people feel “seen”—the opposite of invisible. We want you to feel seen for the person you are on the inside. We want you to feel worthy, valuable, and less alone on your life’s journey. We want to elevate the voices and insights of all kinds of people so that you can see that you don't have to be a prime minister, a president, or a so-called influencer to be of value in our world.

Your job doesn’t make you who you are. A job or partner doesn’t define your worth. Sure, it might get you a better seat at a conference, and yes, I know that can feel cool and impressive. It might set you apart from the crowd for a moment. But I’ve spoken to so many people over the years who have been visible like that and yet who felt lost and invisible in their personal lives.

In fact, I’ve been having several conversations as of late with women my age who use the term invisible to describe how they feel at this stage of their lives. I know men use it too. Interestingly, my kids use it as well. And I know that millions in our country feel especially invisible to our political leaders, which is why they often vote to send a message that says, “Hey, we are out here, so do something for us, damn it.”

This week, I interviewed former supermodel and actress Paulina Porizkova about her new book No Filter for TODAY (you can see the segment on November 14). Much of our conversation swirled around the very subject of feeling lost and invisible. In her book, Paulina has written about grief, loss, aging, fame, feeling invisible, and then feeling found. I’m honored that my book imprint The Open Field is publishing her words because I think millions of us identify with getting lost along the journey of life. We identify with finding ourselves sitting amid the rubble of our lives and looking for a light to find our way forward. What we don’t always realize is that each of us is already a light. We can be a light not just in our own lives, but in the lives of others as well.

In our interview, Paulina said one of the best ways to feel invisible is to partner up with a famous person. I found that to be thought-provoking, since one might think that doing that is actually a way to feel seen. But feeling invisible goes deep. It’s not just fading into the background. It’s feeling like no one knows you or cares to know you. It’s about feeling that no one even notices you are here.

Believe it or not, many times when I was standing next to my former husband, people would walk up and lean right over me simply to speak with him. Their backs would face me, never their faces. I never learned their names because they never spoke to me or acknowledged me. They didn’t even see that I was there. I’ve seen this happen over and over to others as well.

People do this to each other all the time. They rush to meet the well-known person while trampling over their spouse, child or sibling. Liz Truss has a husband. Has anyone heard of him or thought about him in all this? I think that if we want to truly help our fellow citizens who are struggling with loneliness and despair (a.k.a. invisibility) then we can begin by acknowledging their existence. We can look them in their eyes, ask their name, and ask about their day. Connection is what makes people feel visible, seen, and heard. It’s human to connect, and it’s what we need more of.

I also speak to Paulina, Martha Stewart, Arthur Brooks, and many others in part two of our virtual Reframing Aging Summit, which begins tomorrow. Registration is now open (grab your spot!) and due to the success of part one, we’ve added even more inspiring guests and bonus content. It seems that millions want to talk about aging, about staying visible, about doing relevant things, and about seeking connection. By the way, people of all ages are looking for a way to move forward in an unclear world.

As social media and media in general have exploded, so many people have begun to judge their worth on likes and followers. We think our importance is defined by a job title, our net worth, or our so-called brand. It’s all so fleeting. One day you are owning the world, and the next you are packing your bags and going home.

Over the years, I’ve learned that there is no substitute for one-on-one time with my kids or my friends. It’s important to check in and see who they are at this moment and what’s on their minds. What are their fears and their hopes? Did they just get their heart broken? Did they just fall in love? Did they discover a new passion? I want to know. Life is moving at such a fast pace that so many of us miss years of people’s lives. We miss their pain. We miss sitting in silence and simply holding space for them.

Not too long ago, I was reading something by Thich Nhat Hanh. I might have even told you about it. I was reading his words about the power of deep, active listening and about how that can be a gift in a relationship.

Right now in our noisy world, everyone is screaming about politics, inflation, an impending recession, and impending doom. Instead of doing that, what about offering a safe space to those you care about? Offer them a quiet space—one in which they feel seen, heard, and safe. Offer them a space in which they will feel connected, one which will give them hope that no matter the waves of the world, they will always be visible in the eyes of those who love them.

Don’t ever forget that the people closest to you don’t care what job you do or how many followers you have. They simply want to connect. They want to know how they can help and if you need anything.

If you have that kind of support in your life, then you are blessed. Job titles and followings can come and go. What stays the rest of time is who you know and who knows you.

Dear God, please help me have the courage to connect with those I love and do what I can to show them they matter. In the rush of the day-to-day, don’t let me get caught up in likes, followers, or prestige and forget about those who will be there for me if all that “stuff” falls away. Amen.